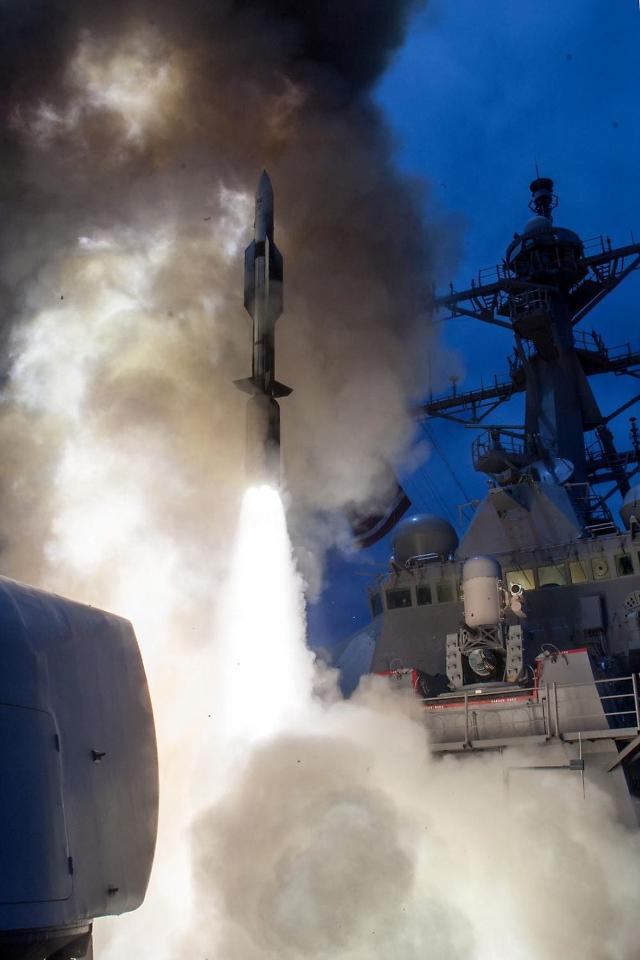 
SEOUL -- SM-6, a missile system developed by U.S. aerospace and defense company Raytheon, has been selected for use by South Korean Aegis warships to intercept North Korean ballistic missiles. SM-6 was developed as the only weapon that can perform anti-air warfare, ballistic missile defense and anti-surface warfare missions. The system offers navies more flexibility in limited ship space.

The proposed acquisition of Raytheon's SM-6 through a foreign military sale (FMS) program that facilitates sales of American arms and defense equipment to foreign governments won basic approval on April 26 at a meeting chaired by Defense Minister Suh Wook, according to the Defense Acquisition Program Administration (DAPA), a state body controlled by South Korea's defense ministry.

Some 760 billion won ($600 million) will be invested from 2023 to 2031 for use by KDX-III Aegis destroyers. South Korea's KDX warship program calls for the construction of three classes of destroyers, starting with a 3,800-ton vessel commissioned in 1998. So far, 12 destroyers have been built, including three 7,600-ton KDX-III Batch I Aegis ships.

The KDX-III Batch II program calls for the construction of three 8,100-ton Aegis destroyers featuring an Aegis combat system that would have enhanced capabilities to intercept ballistic missiles and carry out anti-submarine operations. The lead ship, which is 170 meters long and can sail at a speed of up to 30 knots, or 55 kilometers per hour, will be delivered in late 2024.

The KDX-III Batch II program aimed at coping better with North Korean missile and submarine threats requires more electrical power, a high level of automation and an improved combat system capable of detecting and tracking targets at greater distances and with more precision.

Separately, South Korea will build six KDDX-class (KDX-IV) stealthy destroyers by 2030. The 6,000-ton "mini Aegis" will have cruise missiles, advanced sensors, a missile defense system and stealth characteristics, all built with pure domestic technologies. They will use a new system that improves stealth capabilities, along with multifunction radars to detect missiles, aircraft and the surface of the sea at the same time.