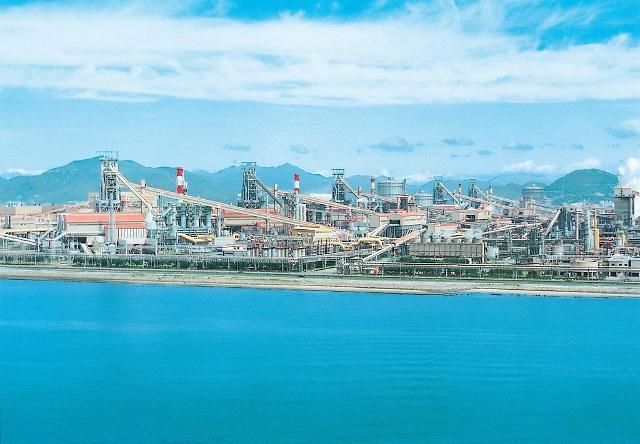 SEOUL -- South Korea's steel group POSCO will secure its foothold in the domestic industrial gas market by increasing the total capacity of oxygen and nitrogen storage tanks. The two chemical elements are crucial in the semiconductor and shipbuilding sector which have been rapidly growing during the last few years.

Oxygen and nitrogen are vital elements used in the steelmaking process to initiate exothermic reactions to remove impurities such as carbon, silicon, phosphorous, and manganese from iron ore. POSCO has been producing some 49,000 tons of industrial gases in the southeastern port city of Pohang and about 36,000 tons in the southern city of Gwangyang. Unused industrial gases produced at the facilities were saved in storage tanks and provided to other companies.

According to data released by export credit agency Korea Eximbank, exports of South Korean semiconductors soared 29 percent on-year to a record high of $128 billion in 2021. The domestic shipbuilding industry also achieved the highest orders in eight years, exceeding 17 million compensated gross tons (CGTs) in 2021, up 112 percent from a year ago.

POSCO said in a statement that the total capacity of industrial gases will be increased to 106,000 tons annually by the end of 2023. A total of 70 billion won ($55 million) will be injected. About 450,000 tons will be sold to distributors annually starting in 2024. Some 1,200 tons will be provided every day, which can be carried by 60 gas trucks.

In January 2022, the steelmaker localized the production of neon gas, which is used in the semiconductor sector to make chips. South Korean companies have been heavily dependent on imported rare gas products from the United States and other countries.