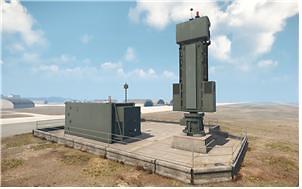 SEOUL -- To replace outdated foreign-made radars that have been used at military airports for three decades, South Korea has rolled out new air traffic control radars using homemade parts with improved performance. The first batch of mass-produced products has been deployed for the safe landing of jet fighters.

Precision approach radar (PAR) is a type of radar that helps planes land at an airport by providing lateral and vertical guidance. PARs are mainly used for the control of air traffic and they are vital for safely guiding an aircraft onto runways at night and in bad weather situations. South Korean private and military airports have been heavily dependent on foreign radars.

The localized PARs were developed through a 20 billion won ($15.7 million) project launched in 2012. The Defense Acquisition Program Administration (DAPA) and LIG Nex1, a defense contractor, finished the development of homemade radars in 2017.