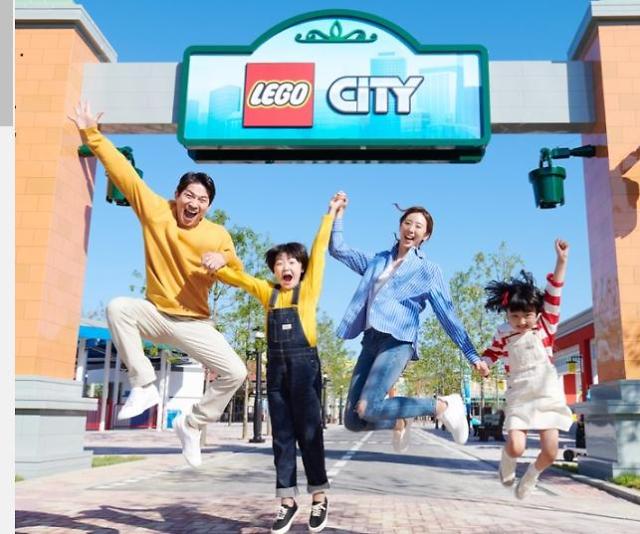 
SEOUL -- The world's 10th Lego-themed amusement park is ready for its grand opening in South Korea, with all opening-day tickets sold out in advance, 11 years after developers launched the idea of turning a lake island into a tourist attraction with full support from local governments. Construction has been delayed due to opposition from civic groups and disputes over how to finance it.

The Legoland park in Chuncheon some 75 kilometers (46.6 miles) northeast of Seoul is to officially open on Children's Day, which falls on May 5. It features about 40 rides and seven clusters built with Lego bricks. A Lego-themed 154-room hotel is available for family visitors.  Legoland Korea Resort (LLKR) has introduced a pre-booking system to relieve traffic delays and congestion.

Legoland, a chain of family theme parks, opened the first park in Denmark in 1968, followed by more parks in Japan and other countries. The parks are known for a model village which includes models of global landmarks and scenes made from Lego bricks.

The first phase of the Legoland theme park project in Chuncheon, the capital city of Gangwon Province which shares the border with North Korea, was completed with 300 billion won ($237 million). An additional 220 billion won would be invested in the second phase.

The Legoland project dates back to 2011 when Merlin Entertainments, the British operator of Legoland, teamed up with its South Korean partner, LL Development, to build a hotel, a water park, shopping malls and Lego attractions in a place spanning 1.32 million square meters, but construction was suspended after 1,400 Bronze Age remains, including 101 dolmens, were discovered in 2014, prompting activists to step in.

In 2018, Merlin signed a new agreement with Gangwon Province to invest 220 billion won ($194 million) with 80 billion won coming from LL Development. The resumption of construction was conditionally approved on the premise of creating a museum or historical park to preserve historical remains, but the promise has not been fulfilled.

Civic groups have filed complaints with state prosecutors against local governments on charges of breach of trust, abuse of authority, and dereliction of duty, arguing that taxpayers' money has been wasted for small returns.

Traffic congestion is another concern because there is only one bridge leading to the theme park. In preparation for an increase in tourism demand, Chuncheon would expand tourism facilities and infrastructure such as a second cross bridge to minimize inconvenience.