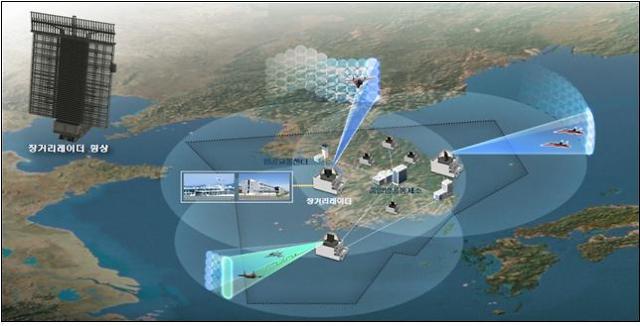 SEOUL -- In an effort to replace outdated U.S.-made military radars, South Korea has embarked on the production of a prototype model for a homemade long-range air defense radar system capable of scanning a broad and distant flying zone. The top-notch radar system's performance was enhanced by more than 20 percent compared to the current system.

The new system was developed through a 46 billion won ($36.4 million) project led by LIG Nex1, a defense contractor, to cover the Korean Air Defense Identification Zone (KADIZ), an air defense zone claimed by South Korea. It is to go online in 2027.

The air defense zone is frequently trespassed by Chinese and Russian warplanes. Chinese and Russian warplanes flew in and out of KADIZ without permission over 150 times between October 2018 and September 2020. In 2019, South Korean jet fighters fired anti-missile flares and hundreds of warning shots to intercept a Russian A-50 AWAC military plane that entered KADIZ near Dokdo, a chain of rocky islets located in the middle of waters between the Korean peninsula and Japan.

DAPA said that the prototype long-range radar's signal transmission capability would be upgraded by 70 percent and feature high-performance signal processing algorithms. Components will be modularized and diversified for easy maintenance and high stability. The radar prototype will go through a series of tests and demonstrations to establish a complete system by 2025. It will be gradually deployed to replace outdated radars starting in 2027.

"A long-range radar is the core weapon system for the defense of South Korea's airspace. This development result will help our country take a step closer to the adoption of the world's top-class long-rage radar system," DAPA official Chung Ki-young said in a statement on May 4.