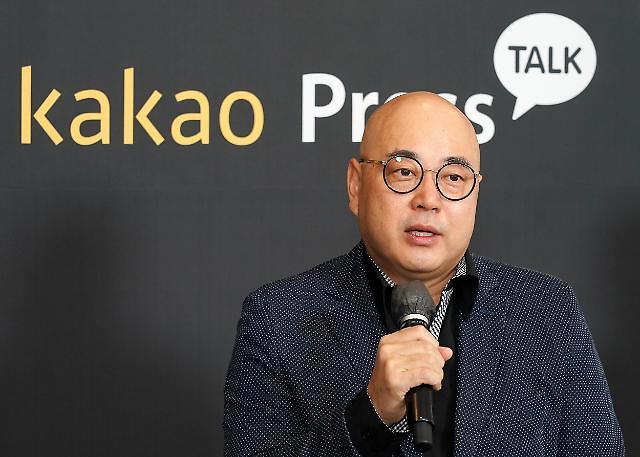 
SEOUL -- B2C2C is a new catchword promoted by South Korea's web service company Kakao to turn its popular mobile messaging app, Kakao Talk, into an open chat room. The ultimate goal is to target global markets through a metaverse platform.

B2C2C combines B2C (business to consumer) with  C2C (consumer to consumer). It simply means that a company can sell one product to one consumer who can in turn either sell or share the very same product with other consumers without the company's involvement.

Kakao Talk, used by more than 90 percent of smartphone owners in South Korea, is an integrated smartphone messenger platform that supports text chats, group chats, user-to-user video calls, and other services including online shopping and digital wallet services. Kakao CEO Namkoong Whon has shown his willingness to devise a new profit model called "B2C2C" and transplant it into Kakao Talk.

Open chats are at the center of Namkoong's metaverse business. His strategy is to release a global metaverse service based on open chats. "We will introduce a B2C2C system that allows users to produce content, communicate, and make money," he said at a conference call on May 4.

"Metaverse, defined by Kakao, is a world in which people live as other-selves, not me, and communicate with other-selves in Kakao Talk," Namkoong said. "Even if it is not a fancy avatar or 3D character, I think it can fundamentally change the way users connect and communicate based on digital morphemes such as 2D voices, images, and texts within Kakao Talk."

Namkoong described open chats as the most advantageous form to contain Kakao Talk's metaverse vision and admitted that Kakao Talk has a limitation because it now works as a very private text service based on acquaintances. "In the future, open chats will develop into an expanded space to help users with new cultural, social, and economic activities."