S. Korea's homemade medical radioactive isotype 'GE-68' to be exported to US 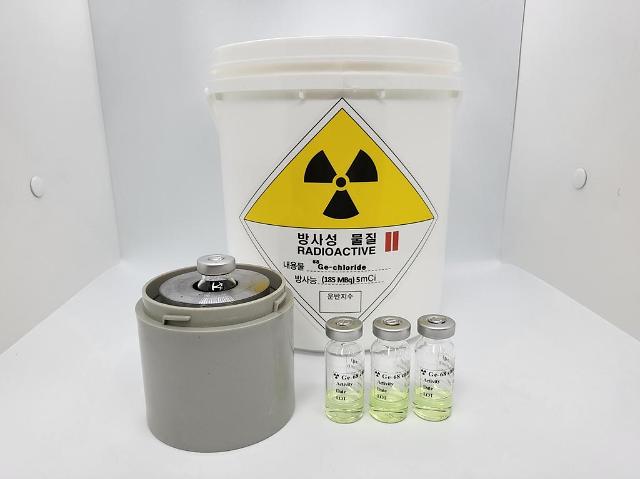 SEOUL -- A medical radioactive isotype called "Germanium-68" produced by a state nuclear energy body in South Korea will be exported to the United States for the first time. The radioactive isotope will be used as a raw material for cancer diagnosis and as calibration sources to maintain the accuracy of radiation imaging equipment such as positron emission tomography.

Germanium-68 (GE-68) can be delivered for a long time because about 270 days is required to reduce to half of its initial value. The Korea Atomic Energy Research Institute (KAERI) has produced GE-68 using RFT-30 cyclotron, a proton accelerator for radioisotope production. The first batch of GE-68 produced by KAERI will go to Sanders Medical, a U.S. medical device company.

Countries like the U.S., Russia and Germany control more than 90 percent of the global GE-68 market. However, securing a new supplier has become essential because of its growing demands. For its initial shipment, KAERI will export about five millicuries (mCi) worth about 10 million won ($7,855) to create a calibration source product. The institute aims to produce 100 mCi in 2022.