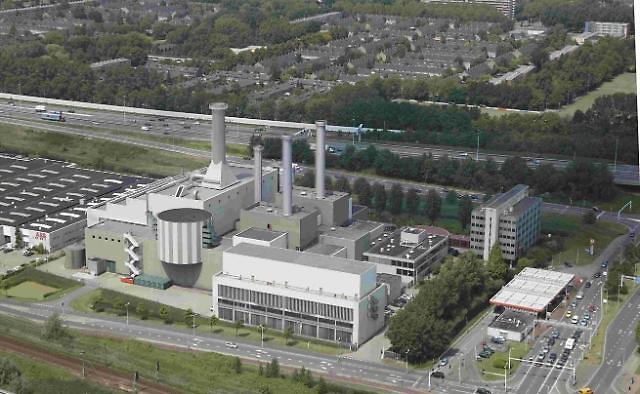 SEOUL -- Thomassen Energy, the Dutch gas turbine subsidiary of Hanwha Impact, has secured an order to turn a 123-megawatt-class gas turbine run by Uniper, a German energy company,  into a mixed combustion system that burns natural gas together with hydrogen to generate electricity.

Uniper's 23-megawatt turbine in Rotterdam will be transformed into a combustion system that burns more than 30 percent of hydrogen, Hanwha Impact said, adding that a nitrogen oxide treatment system will be applied to reduce environmental pollutants that cause fine dust, smog, and acid rain.

In December 2021, Hanwha Impact clinched an order to turn a 172-megawatt natural gas turbine at a power plant in Linden, a city in New Jersey, into a mixed hydrogen combustion system. A hydrogen mixing rate of 40 percent will be applied to a gas turbine in service. By-products generated at nearby oil refining facilities will be recycled as fuel to lower fuel costs. If gas supply is stopped due to natural disasters, power generation is possible with liquid fuels.

Gas turbines have become one of the most widely-used power generating technologies because they reduce the emission of fine dust and other air pollutants. A South Korean government task force has been launched to speed up the commercialization of technologies using hydrogen and ammonia for power generation.

Hanwha Impact aims to reduce carbon dioxide by 100 percent by gradually replacing natural gas with hydrogen. In March 2021, the company joined hands with Korea Western Power, a public power supplier, to demonstrate mixed hydrogen combustion technologies and increase the hydrogen mixing rate of the gas turbine to 55 percent by the first quarter of 2023.