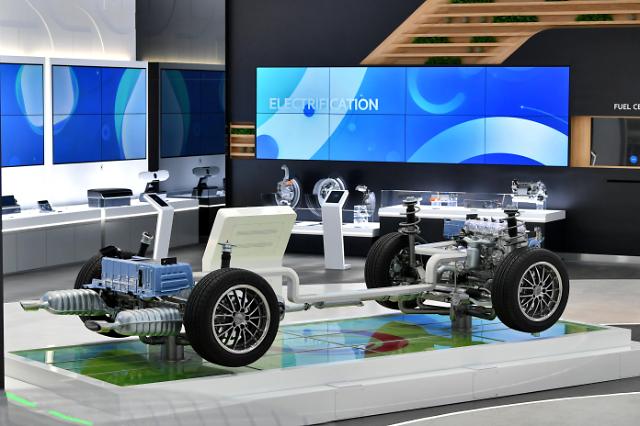 
SEOUL -- Hyundai Mobis, a parts-making wing of South Korea's Hyundai auto group, will develop a standard software platform with its German partner, Vector, to maximize the competitiveness of vehicle software in the global automobile market.

Hyundai Mobis has signed a memorandum of understanding with Vector for the joint development of AUTOSAR-based software platform. AUTOSAR is a development partnership of automotive interested parties with the aim of creating an open and standardized software architecture for automotive electronic control units.

Many global automakers are demanding the application of  AUTOSAR-based software platforms to parts suppliers. Vector, a vehicle software company headquartered in Stuttgart is a premium member of AUTOSAR. The company supplies software development tools and platforms to major automakers and parts makers in Europe and North America.

Hyundai Mobis said it can share the rich know-how of Vector, which is involved in producing industry-standard platforms, while Vector can use Hyundai Mobis' product portfolio to expand a network of software platform suppliers. The two companies would first install jointly-developed software in next-generation parking systems, autonomous driving sensors, and infotainment systems.

"Through this strategic partnership, we will increase the global competitiveness of software and quality reliability and actively promote our transition to a software company that leads future mobility," Chang Jae-ho, head of Hyundai Mobis' electrical and electronics R&D center, said in a statement on May 12.

Hyundai Mobis operates a consortium with domestic software developers to localize core technologies for software platforms, such as an over-the-air (OTA) wireless update solution, which is a wireless communication technology for autonomous driving. The OTA update is the wireless delivery of new software, firmware, or other data to mobile devices.