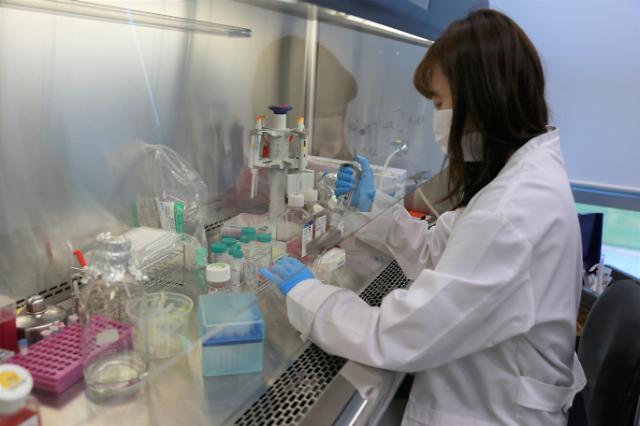 [Courtesy of the National Marine Biodiversity Institute of Korea ]

SEOUL -- In an effort to reduce South Korea's heavy reliance on imports, a state marine research body in South Korea will lead a government project to develop technologies for the mass production of alginate, an anionic polymer that occurs naturally in brown algae. Alginates are used as a pharmaceutical or biomedical ingredient or as a compound for advanced biotechnology.

Alginic acid is hydrophilic and forms a viscous gum when hydrated. With metals such as sodium and calcium, its salts are known as alginates. More than 95 percent of South Korea's alginate production depends on imported raw materials.

The National Marine Biodiversity Institute of Korea (MABIK) said it has been selected by the Ministry of Oceans and Fisheries to develop a technology that standardizes the mass production process of alginate, with Chungnam National University's graduate school of analytical science and technology, the Korea Food Research Institute, and Aqua Green Technology, a bio venture that uses marine products to produce cosmetics and other products.

"Through this research project, we will make efforts to localize alginate materials and revitalize the ecosystem of related industries by enhancing our production technology," MABIK head Choi Wan-hyun said in a statement on May 12.

Alginates are used as an additive in dehydrated products and for waterproofing and fireproofing fabrics. In the food industry, alginates serve as a thickening agent for drinks, ice cream, and cosmetics, and as a gelling agent for jellies. Alginates are also used as an ingredient in various pharmaceutical preparations.