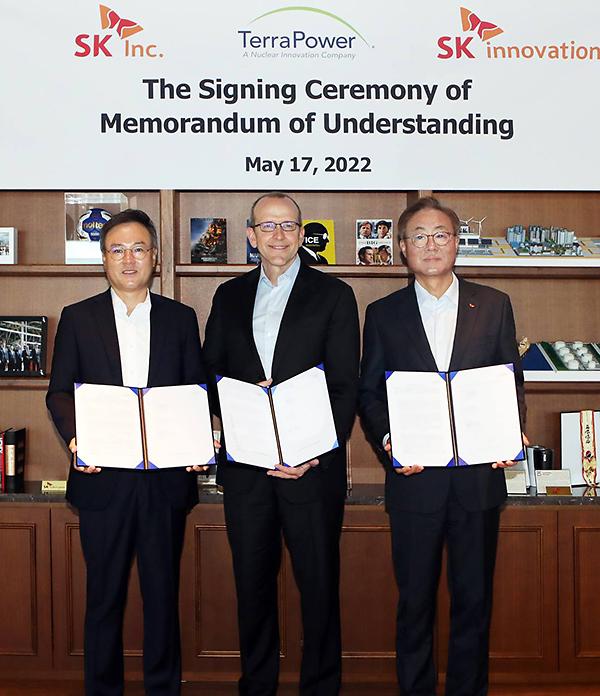 SK Group has paid attention to SMR technology as part of efforts to achieve "Net Zero" which means cutting greenhouse gas emissions to as close to zero as possible, with any remaining emissions re-absorbed from the atmosphere.

TerraPower develops a class of nuclear fast reactors called the traveling wave reactor (TWR). One of TerraPower's primary investors is Bill Gates. The major benefit of TWR is high fuel utilization in a manner that does not require nuclear reprocessing and could eventually eliminate the need to enrich uranium. The reactor could be buried below ground, where it could run for an estimated 100 years.