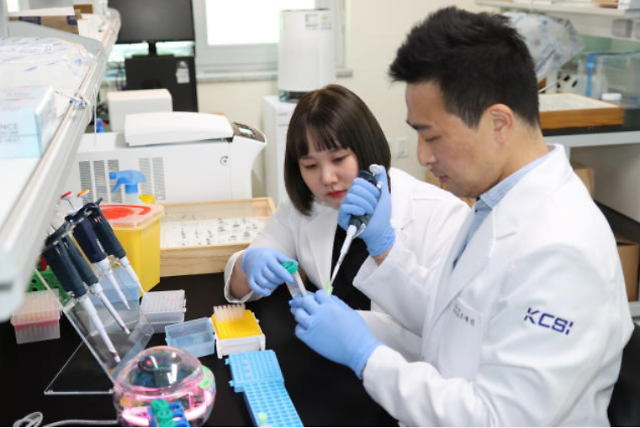 [Courtesy of the National Police Agency]

SEOUL -- South Korea has opened its first forensic entomology lab to efficiently estimate the time of death by analyzing insects found in the body. The investigation technique that helps determine elapsed time after death can be used in unsolved criminal cases and for investigating elder abuse or animal cruelty.

It is difficult to figure out the time of death if the body has been dead for a long time. The investigation technique can help find out the death time through the analysis of insects as the insect's growth rate is constant depending on the temperature.

Forensic entomology has already been used in the United States and European countries, but it has not been introduced to South Korea due to the lack of experts and data reflecting the domestic season and regional features.

In South Korea, forensic entomology was first adopted in the case of Yoo Byung-eun, a religious leader who owned the Sewol ferry which sank in April 2014 killing more than 300 people. His body was found in a remote rural area. Investigators figured out the time of his death by tracking the time maggots hatched in his body.

The National Police Agency (NPA) celebrated the opening of the Korea Forensic Entomology Lab on May 17 in Asan some 99 kilometers (62 miles) south of Seoul, with the help of Park Sung-hwan, a forensic medicine professor at Korea University.

Additional information will be provided through the lab such as the season of death. The lab will also be used to figure out if the body was moved after death or if drugs were used. "We will meticulously examine every incident through a scientific method as it is the nation's last responsibility to ensure that there is no unfair death," NPA's national investigation team head Nam Gu-joon was quoted as saying.