Business alliance launched to speed up commercialization of self-driving robots 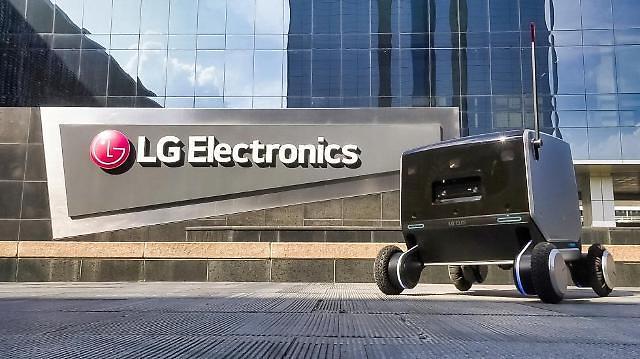 SEOUL -- A business alliance involving LG Electronics and 17 other companies was launched to speed up the commercialization of intelligent self-driving robots, which have expanded their use in South Korea's service, delivery and other sectors thanks to rapid technological development.

The self-driving robot alliance headed by the Korea Association of Robot Industry was formed on May 18 in an event sponsored by the Ministry of Trade, Industry and Energy at an exhibition center in Seoul. It aims to prepare guidelines for operating outdoor autonomous robots, create joint businesses, and promote early commercialization by discovering demand sources.

"Self-driving robots are a spearhead that will lead the 'with robot' era of living with robots in the coming future," Park Jae-young, a ministry official in charge of manufacturing industry policy, said in a statement on May 18. "I hope that the self-driving robot alliance will become a place to drive the growth of the domestic self-driving robot market."

Serving and food delivery robots have been deployed in controlled environments, while the operation of outdoor self-driving robots has been allowed only for demonstration or in special regulatory zones as South Korea maintains tight guidelines on robots that can travel through crowded urban streets. Policymakers have promised to ease robot-related regulations to realize the early commercial use of self-driving robots.