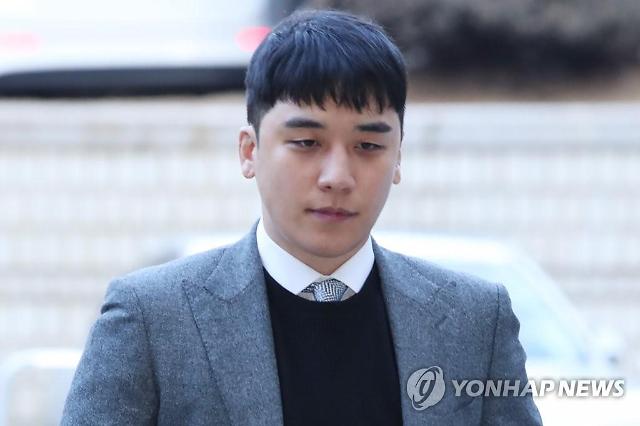 
SEOUL -- South Korea's highest court confirmed an 18-month jail sentence for Seungri, a disgraced former BIGBANG member who has been at the center of sex and other scandals that rocked South Korea's music community. He will be transferred from a military detention center to a civilian prison to serve the remainder of his term until February 2023.

Seungri, a 31-year-old whose real name is Lee Seung-hyun, has been on trial at the military court since he joined a frontline military boot camp in March 2020 after prosecutors indicted him for habitual gambling overseas, embezzlement and arranging sexual favors for foreign investors to attract money from foreign investors.

In August 2021, a military court sentenced Seungri to three years in prison. He was found guilty of breaching a foreign exchange transaction act at casinos while gambling habitually at casinos in Las Vegas from December 2013 to August 2017. Seungri was also convicted of misappropriating about 528 million won ($416.7 million) from his company fund.

A high court reduced the jail term to 18 months. However, Seungri appealed, but the Supreme Court rejected his argument and recognized his gambling habits. The court did not accept the prosecution's request for the forfeiture of $1.0 million, saying the defendant did collect gambling casino chips acquired by borrowing foreign currency because they can only be used in casinos.

Seungri got caught up in a scandal over "Burning Sun", a dance and music club in southern Seoul, in early 2019. An investigation exposed drug trafficking and a sex video scandal that forced the departure of several celebrities. Yang Hyun-suk resigned as head of YG Entertainment.

Seungri, who was once known as one of South Korea's most successful singer-turned-businessmen, was the target of public criticism since a 28-year-old dance club customer claimed in January 2019 that he was brutally beaten by Burning Sun employees. An investigation has been launched into drug use, sexual assault and violence at Burning Sun, a music and dance club associated with Seungri.

A sex video scandal was exposed, forcing the departure of several celebrities. The scandal forced Yang Hyun-suk, the founder of a major entertainment company that produced popular bands such as BIGBANG, 2NE1 and BLACKPINK, to resign as head of YG Entertainment.