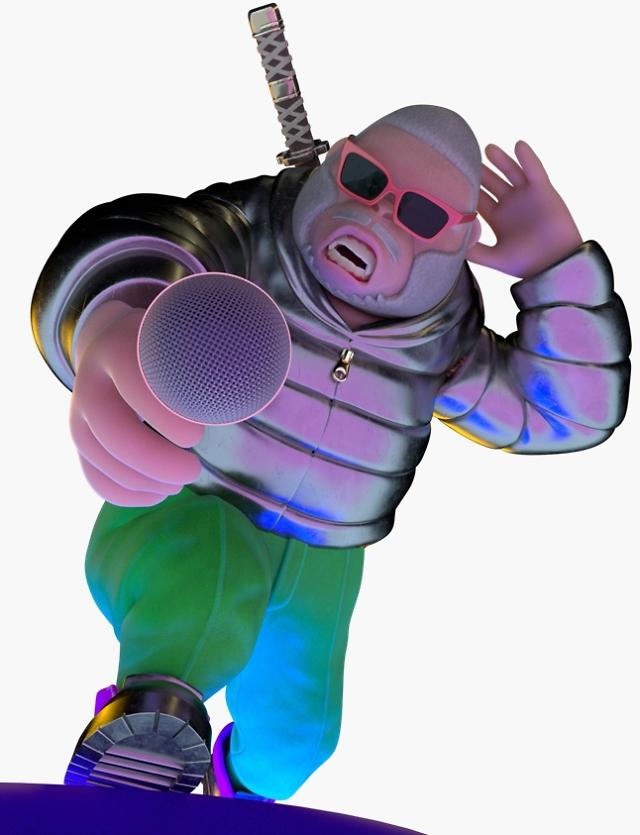 SEOUL -- Hip-Kongz, a virtual artist created by a label that manages K-pop girl band Brave Girls, will make its debut with a rap song titled "BAM." The virtual rapper will express concerns and feelings about his reality and uncertain future.

Brave Entertainment said that Hip-Kongz's debut song will be released through music websites at 6 p.m. (0900 GMT) on May 30. The new single portrays a virtual artist who was left alone in the night. Hip-Kongz will share his love stories in the past and express his various concerns about his reality and future. The virtual rapper's voice actor was not disclosed.

The virtual artist was developed through Brave Entertainment's PFP non-fungible token (NFT) project. PFP refers to "Picture for Proof" or "Profile Picture" and is used to prove the ownership of NFT, a unit of data stored on a blockchain network of interlinked virtual ledgers.

Various artificial humans are active as models and singers in South Korea. Reah Keem, an artificial musician created by LG Electronics, appeared in January 2022, followed by YuA, a virtual artist created by South Korean game publisher "Smilegate," that released a dance song titled "I Like That."