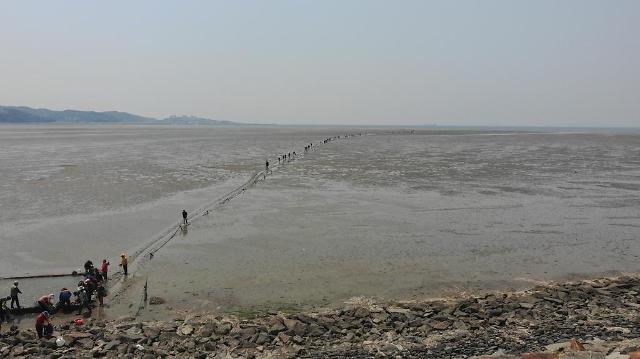 SEOUL -- Drones equipped with various equipment such as cameras, radars and thermal imaging sensors will be used to prevent safety accidents on a tidal flat where many visitors collect seafood. They will work together with human rescuers and notify related agencies in case of an emergency.

Drones carry out structural safety checks on hard-to-reach places or help rescuers save shipwrecked victims. In 2017, three people died while collecting shellfish on a tidal flat in the southwestern coastal city of Boryeong. Since then, safety personnel has been assigned for safety checks when the sea rises and falls more than usual.

Boryeong said that drones would help human rescuers monitor all sections of the tidal flat twice a day. The city will build an automatic voice notification system to inform those collecting seafood when the tide reaches its highest level.

"Many tourists visit Boryeong every year to enjoy festivals such as a tidal mudflat event," Oh Bu-hwan, a Boryeong city official, said in a statement. Every year, the city has organized South Korea's biggest mud festival which attracted about 1.8 million tourists including some 387,000 foreigners in July 2019.