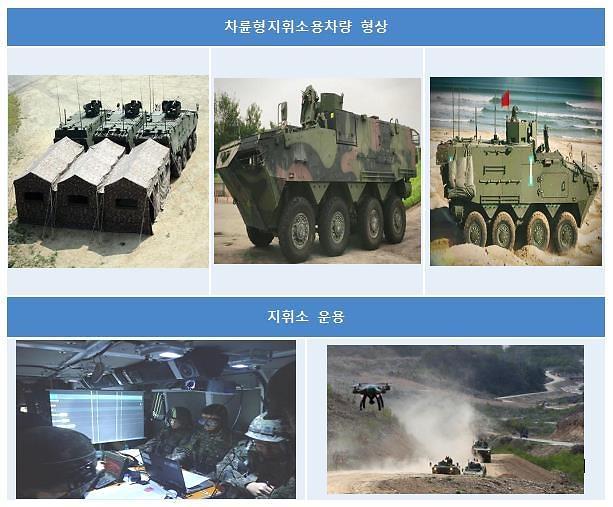 SEOUL -- Wheel-type command post vehicles that enable military officers to effectively command and control troops while swiftly moving around on battlefields are ready for mass production for field deployment from 2023. The mobile command post will replace tent-type field command posts.

The mobile command post was equipped with a modern command and control system. The application of armored plates and equipment that maintains a higher pressure inside greatly improved the survival of troops by protecting them against firearms as well as CBR (chemical, biological, radiological) attacks.

Tent-type field command posts are vulnerable to artillery and chemical attacks. It also takes a long time to set up and disassemble. There are restrictions in establishing a network operational environment required for the command, control, communications, computers, and intelligence (C4I) system.

Responding to calls for the replacement of tent-type field command posts, the military has launched a project led by Hyundai Rotem, a Hyundai auto group subsidiary, to develop a command post vehicle. The vehicle maintains a higher pressure inside than that of the surrounding environment to protect against chemical and biological warfare.

For the first mass-production of mobile command post vehicles, the Defense Acquisition Program Administration (DAPA), an arms procurement agency controlled by the defense ministry, said it has signed a 55.3 billion won ($4.4 million) contract with Hyundai Rotem.

A total of 1.5 trillion won will be spent on acquiring mobile command vehicles for all Army and Marine Corps units above the battalion level, DAPA said, adding that development costs were significantly reduced because the mobile command post was based on existing infantry armored vehicle bodies and components.

"Wheel-type command post vehicles are a key force in the implementation of a mobile system for ground forces and will greatly improve the mobility, viability and command and control capabilities of infantry units and play a major role in enhancing our military strength," Brigadier General Cho Hyun-ki, a senior DAPA official, said in a statement on May 31.

DAPA would increase the localization rate to 98 percent for exports. "We hope it will be a competitive weapon system in the global defense market as it will prove its superiority by operating it in our military," Cho said.