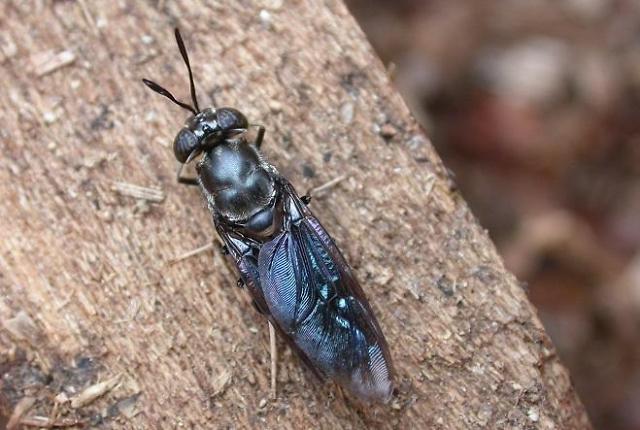 SEOUL -- Ptecticus tenebrifer, or simply known as Walker, has been classified as an edible insect in many countries. However, the insect's beneficial role can be bigger if researchers verify its excellent ability to ecologically eat and decompose organic substances without harming tangerine farms on South Korea's southern resort island of Jeju.

An agricultural research center in Jeju launched a pilot project to develop organic resource processing technology using ptecticus tenebrifer. In an experiment in 2021, the center found that a swarm of Walker bred by a private company in Jeju consumed up to eight tons of decayed tangerines a day and 1.7 tons off-season.

The research center will distribute breeding facilities to farmers on a trial basis to see if Walker can eat about 40 kilograms of corrupt tangerines within five days. Jeju produces more than 90 percent of tangerines consumed in South Korea. The feces of Walker are also useful as an eco-friendly fertilizer.

"Ptecticus tenebrifer not only helps Jeju's chronic waste citrus processing, but it can also generate new income as a by-product," Lee Mi-young, a senior researcher in the research center based in Seogwipo City, said in a statement.

Walker has been selected by the Ministry of Agriculture, Food and Rural Affairs as an edible insect for farming. The ministry has extended financial and other support to activate research and establish a production base for edible insects that would become a promising future industry because they are rich in protein and minerals and contain a high amount of unsaturated fatty acid.

Edible insect species consumed globally include butterflies and moths, beetles, ants, bees and wasps, grasshoppers and crickets. They are raised as livestock in specialized insect farms from eggs to larvae status or to their mature form before being freeze-dried and packed whole, or pulverized to insect powder, to be processed in other food products.