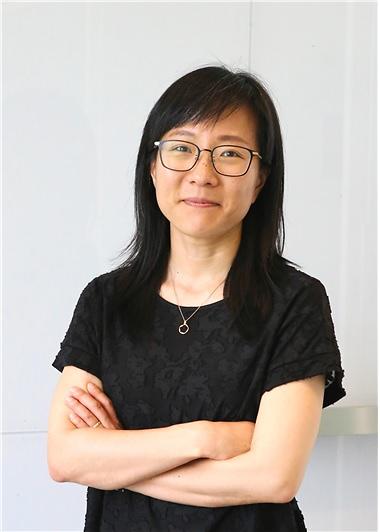 [Courtesy of the Institute for Basic Science]

SEOUL -- Lee Yeon-joo, a recognized researcher involved in planetary research projects in Europe and Japan, has been picked to lead South Korea's first project to study the atmosphere of planets in the Solar System. Her research will focus on Venus shrouded by an opaque layer of highly reflective clouds of sulfuric acid.

The Institute for Basic Science (IBS), a state research body in South Korea, appointed the 39-year-old as chief investigator to head a planetary atmospheres group within the Pioneer Research Center, an IBS program supporting independent research by young researchers with great potential. "This is the first time to appoint a first female planetary researcher in her 30s with expertise in a planet other than Earth," IBS' spokesman Park Jung-hoon told Aju Business Daily on June 3.

"A new study will be conducted to systematically track changes in the planet's atmosphere," Lee was quoted as saying. She said her mission in South Korea is to lay the foundation for continuous planetary atmosphere research.

Venus, the second planet from the Sun, has the hottest surface of any planet in the Solar System, with a mean temperature of 464 degrees Celsius (867 Fahrenheit). The planet has a dens atmosphere consisting of more than 96 percent of carbon dioxide and 3.5 percent of nitrogen, both as supercritical fluids. Plans have been proposed for rovers or more complex missions, but they are hindered by Venus's hostile surface conditions.

Lee has sufficient potential to be reborn as a higher-level researcher, IBS said, citing her work with the Technical University of Berlin and the German Aerospace Center (DLR). She has investigated planetary atmospheric radiative and dynamical processes, through space- and ground-based observational data analysis and numerical model calculation. In 2020, Lee’s research paper titled "Brightness modulations of our nearest terrestrial planet Venus reveal atmospheric super-rotation rather than surface features" published in Nature Communications received compliments from peers.

Lee's team will explore temporal variabilities of the Venusian mesosphere, using data acquired by ground-based telescopes and spacecraft and establish a long-term monitoring program using a series of identical CubeSats in Earth orbit to complement ground-based observations, the institute said. A CubeSat, built in cube form, is a common type of nanosatellite which refers to artificial satellites with a wet mass of between 1 and 10 kg. Multiple nanosatellites work together or in formation.

IBS described Lee as a bright young scientist with international recognition, such as participating in a European-Japanese mission called BepiColombo as a guest researcher. BepiColombo studies Mercury's composition, geophysics, atmosphere, magnetosphere, and history. The European Space Agency (ESA) and the Japan Aerospace Exploration Agency (JAXA) each have an orbiter on the same spacecraft.

In 2021, an international team coordinated by Lee successfully carried out an ambitious observation campaign of Venus dayside, the hemisphere of the planet illuminated by the Sun, using a unique opportunity for coordinating observations from the BepiColombo and Akatsuki missions.