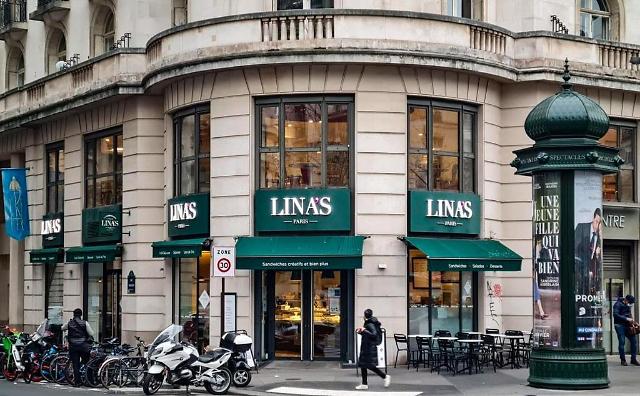 SEOUL -- South Korean confectionery and bakery giant SPC Group has acquired French sandwich and salad brand Lina's to use it as a bridgehead for its expansion abroad. New food products developed at Lina's will be sold at SPC's bakery brand Paris Baguette.

Founded in 1989 in Paris, Lina's operates in four countries -- France, Colombia, Lebanon and South Korea. In 2002, the French brand was introduced in South Korea in the form of master franchising which involves control of franchise rights in a certain region after paying a significant initial fee.

SPC Group said that its European holding company, SPC Euro, acquired a 100 percent stake in Lina's from its operator, LINA's Developpement. SPC said the acquisition is aimed at expanding its businesses more actively and increasing the diversity and synergy of global businesses by utilizing Lina's technologies and experiences.

SPC said in a statement on June 7 that it would introduce French technology and recipes and spread the best products developed in France to SPC brand stores, including Paris Baguette and Paris Croissant. "Linas' technology and more than 30 years of experience and know-how in the French market will be a great help for SPC Group to expand its European and global markets," SPC's global strategy office vice president Jack F. Moran was quoted as saying.

SPC has steadily expanded foreign stores since it opened its first flagship store in Beijing in 2004. The group operates hundreds of Paris Baguette stores in China, Singapore, Vietnam, Cambodia, France and the United States. In November 2021, the bakery franchise opened its branch in Indonesia, the world's most populous Muslim-majority country, by establishing a joint venture with EFN, a subsidiary of Indonesia's Erajaya group.