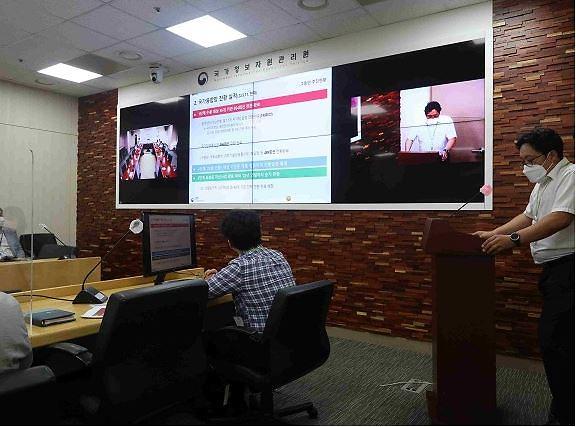 The application of quantum cryptography communication technology in a network covering a distance of some 800 kilometers (497 miles) would be completed by the end of June. SK broadband said it has developed a technology that connects each section without loss of communication by installing about 30 repeaters.

A dualized backbone network was established for safety, with stability strengthened by making nodes, lines, and equipment double. SK broadband was in charge of the first network centered on cities and provinces. The second mesh network built by LG Uplus (LGU+) connects 21 nodes centered on central government buildings.

SK broadband said some Asian and European countries are trying to benchmark its technology. "This successful application of quantum cryptography technology to an 800 kilometers national convergence network proves that South Korea is the world's best in quantum cryptography technology development and commercialization," Kim Gu-yong, an SK broadband official, said in a statement on June 8.

It is possible to quickly and flexibly cope with a sudden increase in traffic by introducing software-defined networking (SDN) technology that enables dynamic, programmatically efficient network configuration in order to improve network performance and monitoring, SK broadband said.

Quantum cryptography has emerged as an essential solution for safeguarding critical information because it is impossible to copy data encoded in a quantum state. South Korean companies have tried to lead the standardization of quantum cryptographic communication technology.

Cryptographers are designing new algorithms to prepare for a time when quantum computing becomes a threat. SK Telecom (SKT), a top mobile carrier in South Korea, is a leading member of South Korea's state project to secure technology competitiveness in quantum cryptography communication.