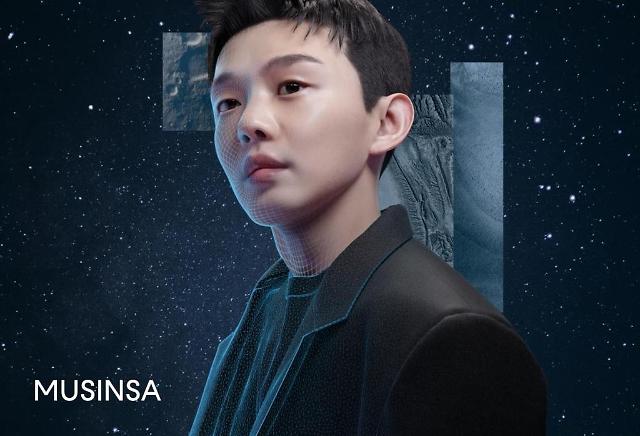 SEOUL -- Yoo Ah-in, an actor who gained popularity for playing various adolescent characters, was recreated into a virtual human to promote fashion brands and events through collaboration with Musinsa, a major online apparel retail giant in South Korea.

The 35-year-old is known for his stylish fashion sense that has captivated fans. He has showcased his unique, casual style through collaboration with casual fashion brands. In October 2020, Yoo was selected as Musinsa's brand ambassador.

A visual effects company recreated Yoo as a virtual human called Mu ah-in who will promote fashion items including sportswear, luxury dresses and golf clothes. "Customers will experience new fashion contents that they have never been seen through Mu Ah-in, who changes according to age and lifestyle beyond the boundaries of virtual and reality," an unnamed Musinsa official said in a statement on June 10.

Various artificial humans are active as models and singers in South Korea. Reah Keem, an artificial musician created by LG Electronics, appeared in January 2022, followed by YuA, a virtual artist created by South Korean game publisher "Smilegate," that released a dance song titled "I Like That."