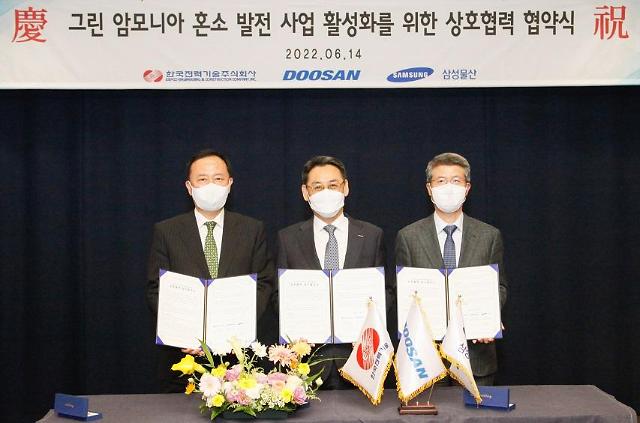 SEOUL -- Doosan Enerbility, a key player in South Korea's power industry, tied up with two domestic companies to push for mixed combustion technologies that generate electricity by using green ammonia, which is considered an important part of a sustainable hydrogen ecosystem because no carbon is generated.

Ammonia is seen as an ideal resource to establish an eco-friendly hydrogen fuel cell-based infrastructure. Green ammonia can be produced through electrolysis powered by renewable energy.

Doosan Enerbility has joined a project to demonstrate mixed hydrogen combustion technologies that burn natural gas together with hydrogen. The demonstration of power generation using 20 percent of ammonia in coal power generation will be commercialized in 2030.