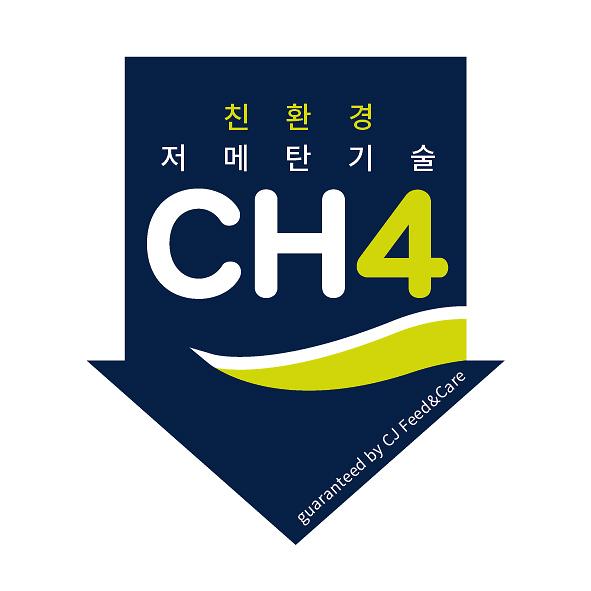 
SEOUL -- CJ Feed & Care, a feed livestock corporation affiliated with CJ Cheil Jedang, unveiled an eco-friendly feed that can reduce the amount of methane emitted by dairy cattle by burping or farting. Methane is a greenhouse gas that affects the earth's temperature and climate system.

Cows burp out large quantities of heat-trapping methane. Various solutions have been studied to lower the carbon footprint of beef and dairy cattle. Milk cows emit more methane than beef cattle. CJ Feed & Care said it has secured a patented technology for feed additives that suppress methane-producing bacteria in cow stomach and applied it to its methane-reducing solution.

According to a survey by Konkuk University in Seoul, methane generation by milk cows that ate CJ Feed & Care's methane solution for two weeks has decreased by 36.6 percent, compared to when they consumed general feed, but there was no change in milk production.

"The launch of methane-reducing feed will lead to an eco-friendly transformation of the paradigm in the feed and livestock sectors," an unnamed CJ Feed & Care official said in a statement on June 21. The company would first tap the domestic market before finding overseas clients.

The amount of greenhouse gas generated in South Korea's livestock sector increased from 5.8 million tons in 1990 to 9.4 million tons in 2018, according to Jeonbuk National University. CJ Feed & Care anticipated growing demands for eco-friendly feed, including methane reduction feed, as the world's carbon emission trading system is expanding to the livestock industry.