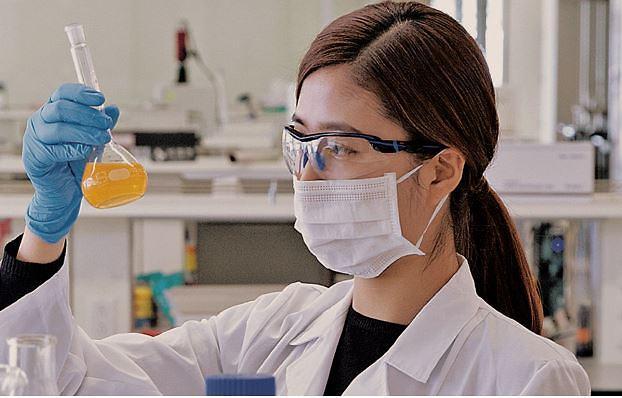 CJ Cheil Jedang has developed polyhydroxyalkanoates (PHAs), which are produced by bacteria during the fermentation process of sugar or lipids including fats, oils and waxes to store carbon and energy, and can be used with other monomers to create different types of bioplastics that break down over time. PHAs are 100 percent biodegradable even in seawater.

The Ministry of Trade, Industry and Energy has supported the establishment of infrastructure to evaluate biodegradability and ecotoxicity in soil and oceans in the domestic environment. CJ CheilJedang's PHA will be certified by the Korea Conformity Laboratories (KCL), a state testing and certification organization, for the first time in South Korea.

CJ Cheil Jedang is the world's largest producer of lysine, an amino acid used as additives for animal feed and food additives. The company has pushed for white biotechnology that uses living cells to synthesize easily degradable products.

The global demand for bioplastics is growing as governments and franchise companies shun polyester products such as plastic bags, plastic straws and disposable cups to protect the environment. Many degradable plastic products have failed to attract attention because of their weak durability, while some bioplastics are very brittle compared to those made from fossil fuel. CJ Cheil Jedang said that PHAs have overcome such problems.

In April 2021, CJ Cheil Jedang tied up with SKC, a polyester film and chemical material manufacturer, to produce a flexible and durable bioplastic material that is good for food packaging by utilizing the characteristics of polylactic acid (PLA) and PHAs. PLA is a biodegradable thermoplastic polyester obtained by the synthesis of lactic acid, which can be produced from renewable resources.