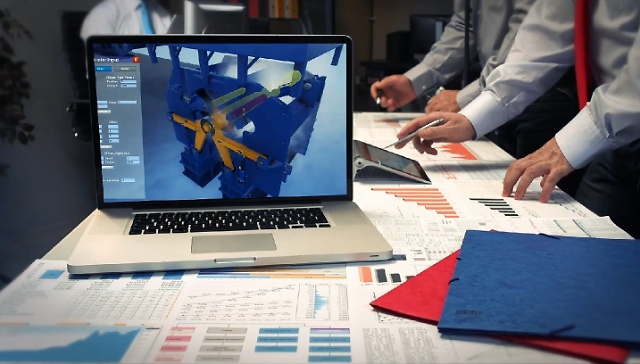 POSCO ICT will incorporate 3D simulation, visualization and control interface technologies into a smart factory system to actualize the operation of autonomous production that assists optimal decision-making in various areas including facility and quality management. The company will first apply a digital twin-based smart factory system to its steel mill in the southern city of Gwangyang and expand it to other sites.

A digital twin-based smart factory system would help reduce the time and cost required for quality improvement by simulating the quality impact of changes in operating conditions in advance, the company said. For facility management, pre-maintenance work through 3D modeling can be performed to shorten the working time.

A predictive maintenance system can be implemented in connection with a facility abnormality detection model, and it is possible to visualize and simulate the location of field workers to block risk factors in advance, and to derive optimal scenarios for carbon reduction by simulating energy usage and carbon generation.

Based on a smart factory platform called "PosFrame," POSCO ICT has established smart factory systems in manufacturing sites. In March 2019, the company signed a cooperation agreement with Hyundai Robotics, a domestic industrial robot maker, to create a 3D simulation-based consulting and analysis service for smart factories that can predict and manage problems such as machine breakdowns.
© Aju Business Daily & www.ajunews.com Copyright: All materials on this site may not be reproduced, distributed, transmitted, displayed, published or broadcast without the authorization from the Aju News Corporation.