The following stories are the daily summary of news in South Korea on July 06, 2022.

SEOUL -- June Huh, a Korean American mathematician, and professor at Princeton University, has received this year's Fields Medal, a prestigious international prize awarded to mathematicians under 40 for achievement in the field of mathematics. The 39-year-old professor is often described as a late bloomer. He serves as a distinguished professor of mathematics at the Korea Institute for Advanced Study. Huh was most recognized by his joint research in resolving the so-called Rota conjecture. The Fields Medal, first introduced in 1936, was founded to recognize and support younger mathematical scholars who have made major contributions in the field of mathematics.

SEOUL -- For the first time since taking office in May 2022, South Korean President Yoon Seok-yeol has ordered the military to take "swift" and "firm" actions to punish North Korea in case of provocations. Since May, North Korea has test-fired a series of short-range and long-range missiles. Also, signs of preparations for a nuclear test were spotted by South Korean and American intelligence agencies in early June. 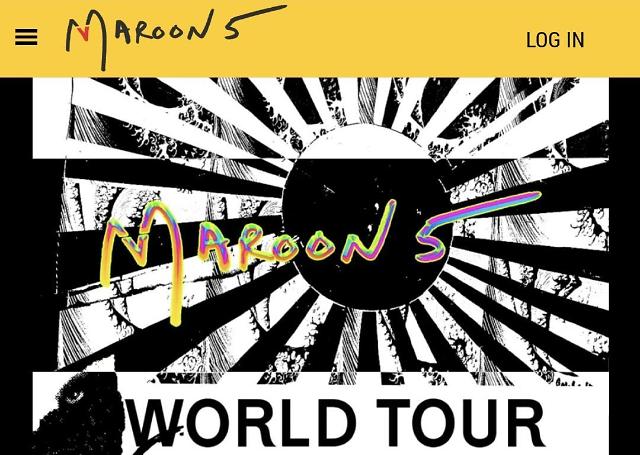 [This image was captured from Maroon 5's official website]


SEOUL -- Maroon 5, an American pop-rock band, withdrew the image of the Japanese imperial flag from its official website on July 6 after some South Korean fans protested and demanded the six-member band to remove the image of the "Rising Sun" flag from its website. The band claimed that the image was pulled down to be replaced with a photograph of Maroon 5. The image of the flag was used on the website to promote the band's world tour schedules including a stop in South Korea in November.

The meaning of the Rising Sun flag is little known to the western world. For Koreans, the flag depicting the red sun with rays stretching out from it on a white background symbolizes Japan's brutal 1910~1945 colonial rule and wartime atrocities like the Nazi swastika flag.

BLACKPINK to comeback with new album in August

SEOUL -- Popular K-pop girl band BLACKPINK will return to the music scene with a new album, the band's agency YG Entertainment said on July 6. "The recording of BLACKPINK's upcoming album is currently in its final stages. They will start filming a music video this month and release new songs in August," YG said. The upcoming album will be the four-member band's first album to be released in 22 months. BLACKPINK went on a hiatus in late 2020 to have members seek solo activities.

SEOUL -- Girl band aespa has called for support for sustainable development for future generations during a United Nations' "High-Level Political Forum on Sustainable Development" held in New York on July 6. The four-member band dubbed the "metaverse band," garnered global attention for the real-world members' collaboration with their avatar members who are active in virtual worlds.

"The metaverse reflects reality. If our own reality is not sustainable, it would become difficult to sustain the possibilities of the virtual world," member Gieselle said after introducing aespa as a "metaverse girl group." The 21-year-old Japanese member stressed that the topic of sustainable development is urgent and the next generation must support sustainable development goals in order to protect the real world.