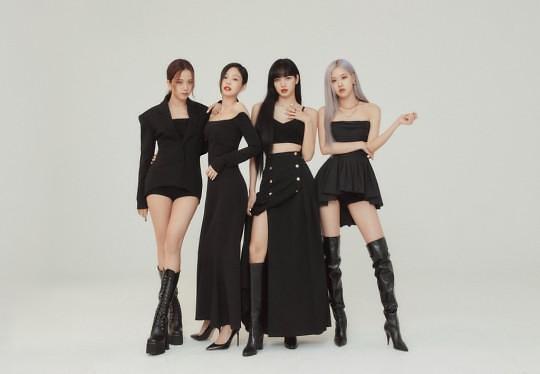 
SEOUL -- Ahead of its comeback in August, BLACKPINK will host a virtual "in-game concert" through the mobile version of "PlayerUnknown's Battlegrounds" (PUBG), a popular third-person shooter game. Users can watch the performance of 3D avatars representing BLACKPINK members.

BLACKPINK will be the first K-pop act to showcase an in-game concert. YG Entertainment said the concert in PUBG Mobile is designed to provide an opportunity for artists and fans to communicate more closely beyond borders and language barriers. The event will take place on July 22-24 and July 29-31.

On its official SNS, the girl band posted "BLACK PINK × PUBG MOBILE 2022 IN-GAME CONCERT : [THE VIRTUAL])." BLACKPINK will release special tracks as well as performances of their representative songs at online concerts. After the event, performance-related products such as stage costumes and voice packs will be released.

The girl band is in the final stage of recording their new album to be released in August. It's been about a year and 10 months since BLACKPINK made a comeback as a whole group. YG would organize a world tour by the end of 2022.