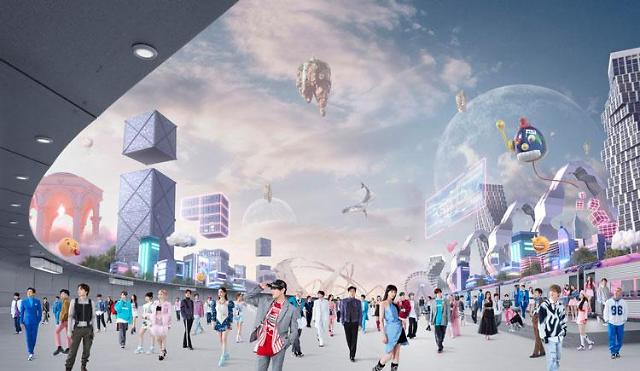 
SEOUL -- AmazeVR, a virtual reality content startup headquartered in Los Angeles, tied up with a special purpose studio of SM, an entertainment powerhouse in South Korea, to set up a joint venture that would produce immersive VR concerts for K-pop and global artists.

The joint venture tentatively named Studio A will be set up between SM's metaverse content production company, Studio Kwangya, and AmzeVR. Content will be distributed exclusively through their VR music metaverse services.

Unreal Engine is a 3D computer graphics game engine developed by Epic Games. VFX is the process by which imagery is created or manipulated outside the context of a live-action shot in filmmaking and video production. The integration of live-action footage and computer CG elements to create realistic imagery is called VFX.

Entertainment companies are trying to incorporate technologies such as VR and AI into the intellectual property of their artists in a strategy to provide artists and fans with a unique experience suitable for a metaverse era.

"We look forward to entering the metaverse content market through AmazeVR's industry-leading technology and VR concert production tools," SM Co-CEO Lee Sung-soo said. "SM is very interested in the metaverse market, which will be an opportunity for its artists."

AmazeVR has launched a VR concert tour with American rapper Megan Thee Stallion in U.S. cities, making fans feel like artists are actually performing in front of their eyes in a surreal space. Buoyed by an explosive response, the rapper will start her second tour.

"Fans would have never met their favorite artist in such an intimate and personal way," said AmazeVR Co-CEO Steve Lee, "In the near future, there will be an era where the performance of more artists can be enjoyed immersively on the stage where fans are at the center."

SM has tried to form a recreator economy and platforms to the metaverse world based on a worldview called "SM Culture Universe (SMCU)."

NFT is a unit of data stored on a blockchain network of interlinked virtual ledgers and each NFT is certified by a blockchain as a unique digital asset. Entertainment companies have shown keen interest in NFTs to turn the intellectual property of artists into digital assets that can be displayed and exchanged in fan communities.

SM and The Sandbox will jointly produce NFT products and swap them through a Sandbox platform and SM's Play to Create (P2C) platform. P2C allows users to recreate various content and products using IP rights in the metaverse space where anyone can engage in many different social and cultural activities using avatars. The recreated content can be converted into NFTs, allowing users to monetize their recreation.