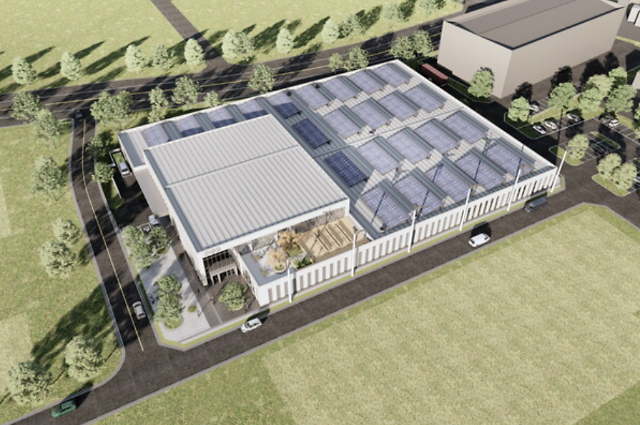 SEOUL -- A smart aquaculture test bed to grow salmon in a clean and eco-friendly environment will be built in the southern port city of Busan to cope with a steady increase in domestic consumption. It will be South Korea's first land facility for salmon aquafarming that requires clean and cool seawater.

The construction of a salmon aquaculture test bed with a size of 7,800 square meters, began on July 19 on the complex of the Institute of Fisheries Sciences at Pukyong National University in Busan. When completed in the first half of 2023, the test bed is capable of farming some 500 tons of Atlantic salmon per year.

The test bed is aimed at acquiring core technologies for the mass-production of salmon in smart aquaculture clusters that would dramatically increase productivity by quickly detecting and responding to small changes with sensors, networks, ICT technologies, and artificial intelligence.

To manage the healthy growth of fish, GS Engineering and Construction, a major builder in South Korea, will adopt an advanced water purification and circulation system. The company has acquired advanced water treatment technology from its Spain-based subsidiary, GS Inima.

Contaminated aquaculture water will be reprocessed to prevent the release of pollutants such as microplastics, heavy metals, and viruses. GS E&C's subsidiary has applied for patents related to microplastic removal technology. "Starting with the smart aquaculture test bed, we hope to directly produce Atlantic salmon that have relied on imports so far, contributing to the sustainable growth of the domestic fisheries industry," said GS E&C's new business unit head Huh Yoon-hong.

South Korea imported about 60,000 tons of Atlantic salmon mainly from Norway in 2021. For its salmon aquafarming business, GS E&C has partnered with two units of South Korea's retail giant Shinsegae. The test bed is part of a broad state project to build a major smart aquaculture cluster in Busan.

The high-tech cluster in Busan will help South Korea reform its outdated aquaculture industry. In October 2021, the Seoul government unveiled a project to build three aquaculture clusters by 2024. A month later, Niels Willickson, a salmon supplier in Norway, was picked to provide technical support for a smart aquaculture cluster to be built in the southeastern port city of Pohang.

The cluster in Pohang will be equipped with recycling facilities to purify and reuse water in farming as well as advanced technologies that measure information related to breeding and deliver it to artificial intelligence through communication devices.