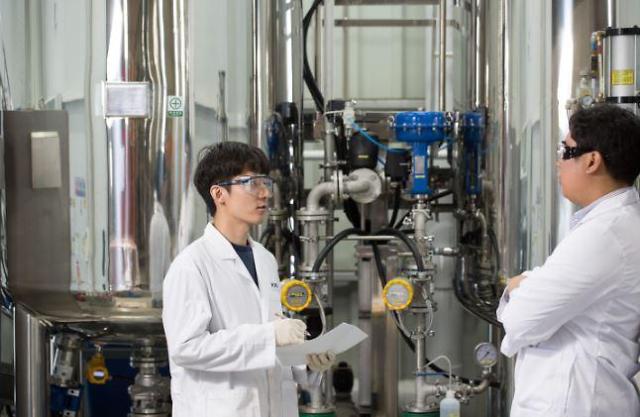 [Courtesy of the Korea Institute of Energy Research]

SEOUL -- Desalination removes salts from water, creating a by-product of toxic brine that can degrade coastal and marine ecosystems unless treated. Brine production and high-energy consumption are the downsides of desalination, and certain compounds like copper and chloride used in pre-treatment can be toxic.

The United Nations Environment Program (UNEP) has warned that the disposal of toxic brine is costly and associated with negative environmental impacts. South Korean researchers proposed an innovative method to greatly reduce energy in desalination through the fusion of reverse electrodialysis and reverse osmosis technology.

A KIER team found that the unit cost of freshwater production can be reduced by more than 10 percent through large capacity and optimization. "It will be possible to lead the world in technology through the early completion of large-capacity demonstrations and continuous government support," Jeong Nam-jo, a senior KIER researcher, said in a statement on July 21.

Desalination uses thermal or membrane techniques. The thermal method uses sunlight or other heat sources to evaporate water and leave salt behind. Using reverse osmosis, the membrane method pushes saltwater through a semipermeable membrane to filter salt and other impurities.

Reverse electrodialysis generates electricity using the potential difference between seawater and freshwater ions separated and moved through ion exchange membranes in the stack. Reverse osmosis, which accounts for more than 70 percent of desalination worldwide, consumes a lot of energy and releases concentrated seawater back to the sea, increasing salt concentration and causing marine pollution.

The reverse electrodialysis generator placed at the front can reduce the concentration of seawater by more than 20 percent. The reverse osmosis process reduced energy consumption, the institute said.

Through reverse osmosis, KIER said that concentrated seawater discharged with fresh water is stored as a high-density energy source, converted into electricity when necessary using reverse electrodialysis generators installed at the rear end. The final concentration of discharged water was at the level of seawater.