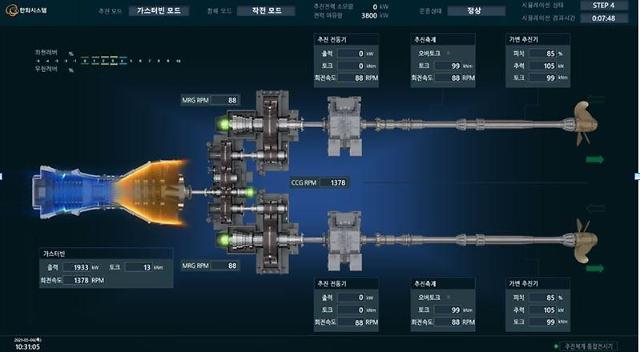 SEOUL -- Hanwha Systems, a key defense contractor affiliated with South Korea's Hanwha Group, joined hands with a state-run defense technology development body to acquire dynamic simulation technology for warships with a hybrid propulsion system. It is part of efforts to localize key technologies for the operation of warships.

The integration of propulsion systems for South Korean warships has heavily relied on entrusted foreign companies, causing concerns about the leakage of design data and technology. The Agency for Defense Development (ADD) said that dynamic simulation technology is important for optimizing warship design as it is possible to predict the performance of propulsion systems by utilizing various data in the stage of designing.

Rolls-Royce Holdings has introduced a hybrid propulsion system for eight Daegu-class Batch II frigates, each powered by a single MT30 gas turbine and electric propulsion motors. For the third batch of frigates, the British company would provide a new MT30 gas turbine. The first Batch III frigate with powerful radars and an electro-optical targeting system is scheduled to enter service in 2024.