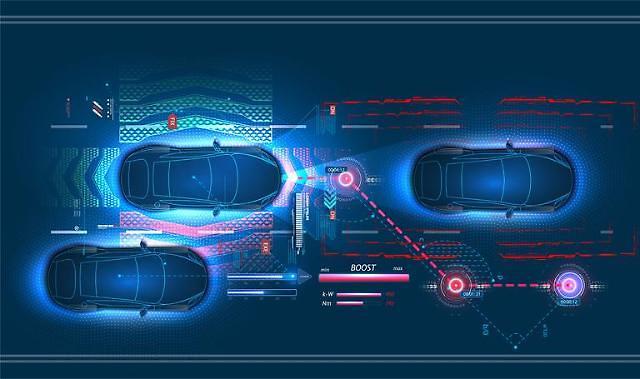 SEOUL -- HL Klemove, a self-driving solution wing of South Korea's Halla Group, partnered with INAVI, a domestic mobility platform company, to develop an ultra-precision positioning technology for a self-driving shuttle scheduled to operate in a town district in a satellite city south of Seoul. The shuttle will secure level 4 autonomous driving functions.

A level 4 self-driving vehicle navigates around places by communicating with on-road structures such as traffic lights and pedestrian crossings. A human driver is only necessary in case of an emergency. Level 4 autonomous driving will be fully commercialized in 2027 in South Korea.

HL Klemove will provide high-performance cognitive sensors such as radar, camera, and light detection and ranging (LiDAR) sensors that use laser beams to measure the distance between the sensor and its target object. INAVI will provide its high-precision map for a self-driving shuttle called "Auto Shuttle" which is scheduled to operate in Pangyo in October 2022. Additional shuttles will be operated in Songdo, an international business district built on reclaimed land in the western port city of Incheon.

"Through the technology cooperation, we will create a win-win relationship not only in popularizing level 4 self-driving but also in fully automated driving business," HL Klemove vice president Kang Hyung-jin said in a statement on July 27.

In November 2021, Seoul unveiled its scheme to carry out its five-year plan to build safe autonomous driving infrastructure throughout the city. Self-driving taxis were put into commercial operation in Sangam in February 2022. Four autonomous vehicles in the shapes of compact sport utility vehicles and mini-vans cover circulation routes of about five kilometers (3.1 miles) each. People can hail a ride using a smartphone app.