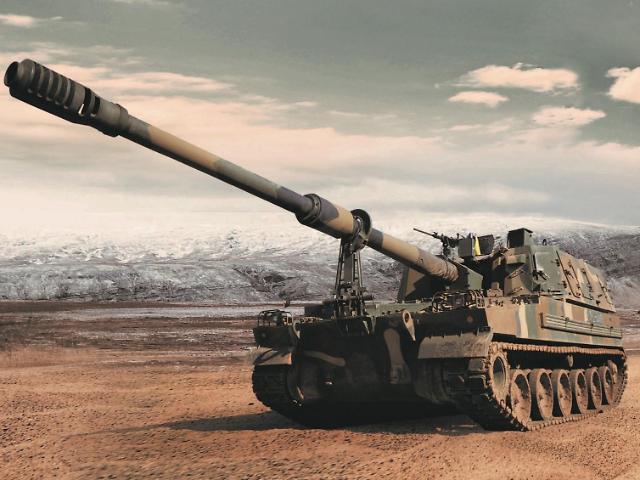 SEOUL -- Poland has signed a framework contract to acquire K9 Thunder, a popular self-propelled howitzer developed by South Korea's Hanwha Defense, and support vehicles. It is a comprehensive agreement that requires negotiations on volume and other terms.

Earlier, Poland said it has signed basic deals with South Korea to acquire 48 FA-50 light attack fighters, 980 K2 battle tanks and K9s, saying it has been striving to "fill the gap" created by the delivery of weapons systems to Ukraine.

"I am very happy and proud that this framework contract has once again recognized the excellence of K9 self-propelled guns and the reliability of Hanwha Defense," Hanwha Defense CEO Son Jae-il said in a statement on July 28, after he attended a signing ceremony in Warsaw with Poland's defense minister Mariusz Błaszczak.

By the end of 2022, Hanwha Defense would establish a Polish branch and use it as a forward base in Europe to expand exports of various weapons systems such as K9, guided missiles, and Hanwha's next-generation infantry fighting vehicle called "Redback."

Hanwha's K9 is one of the world's most popular self-propelled howitzers. Egypt inked a $1.7 billion contract in February 2022 to introduce K9A1, the upgraded version of K9, and support vehicles, becoming the eighth foreign country to adopt the artillery system after Turkey, India, Poland, Norway, Finland, Estonia and Australia.

"Based in Poland, we will be more active in European market marketing and in particular strengthen our position and capabilities as a key defense partner for NATO," Hanwha Defense's overseas business division head Lee Boo-hwan, citing K9's broad confidence among European countries.

Hanwha Defense has created an industrial partnership with local defense companies in Britain to supply K9A2, the most advanced version of K9, that features a fully automated turret and composite rubber tracks. The company said it would consider offering K9A2's core technologies for the U.S. extended range cannon artillery program to produce a self-propelled howitzer system with an improved range.