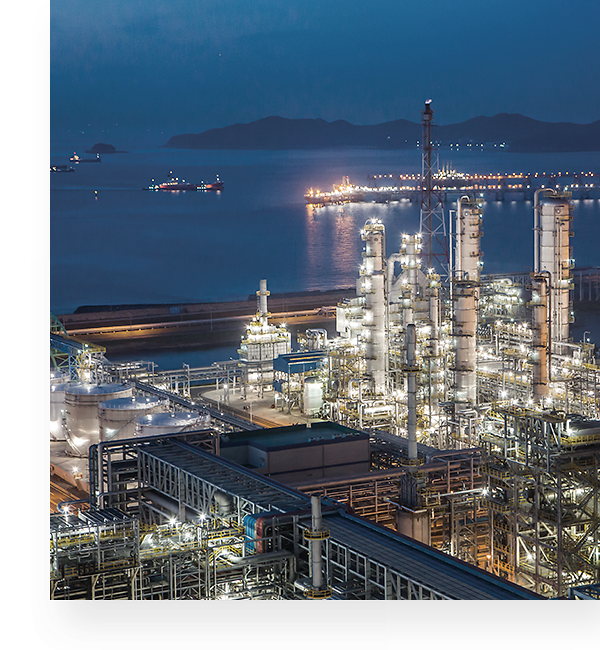 SEOUL -- As part of its campaign to build a white bio ecosystem of one million tons per year by 2030, Hyundai Oilbank, a petroleum and refining company affiliated with South Korea's Hyundai shipbuilding group, will produce biodiesel using by-products generated in the process of manufacturing and distributing food products.

Hyundai Oilbank said it has forged a strategic partnership with Lotte Confectionery with plants at home and abroad. The refiner will build a next-generation biodiesel manufacturing plant with an annual capacity of 130,000 tons at its base in Daesan, 70 kilometers (43 miles) southwest of Seoul, by 2023.

The two companies will consider establishing a joint venture to procure raw materials for bioenergy and enter overseas markets while expanding the scope of cooperation to various fields that can create synergy between the energy and food industries.

Along with blue hydrogen as well as eco-friendly chemicals and materials, Hyundai Oilbank is promoting "white bio" as a new growth engine by utilizing non-food resources such as oil dregs, waste cooking oil, and fallen palm fruits as raw materials.

The bio Industry creates added value based on biotechnology by combining industrial technologies. White bio refers to replacing materials from the chemicals industry with renewables such as plants, microorganisms, and enzymes.

The existing bio industry generally uses edible resources such as soybeans, corn, and farms, but advanced countries are strengthening regulations on the use of food materials due to side effects such as forest destruction. Hyundai Oilbank will apply a supercritical method using high temperature and high-pressure conditions instead of catalysts. The method is environmentally friendly and cost-efficient because few harmful substances are generated, and pre-treatment processes are unnecessary.

By 2024, the refiner will convert some facilities in Daesan into the production of 500,000 tons of hydrogenated vegetable oil (HVO), which is based on the hydrocracking or hydrogenation of vegetable oil. Hydrocracking breaks big molecules into smaller ones using hydrogen while hydrogenation adds hydrogen to molecules. Such methods can be used to create substitutes for chemical feedstock. Diesel fuel created by hydrotreating is called green diesel.

Hyundai Oilbank will use HVO for the production of next-generation bio jet aircraft fuel and consider building a white biomanufacturing plant in South Korea or other countries such as Indonesia. In November 2021, Hyundai Oilbank partnered with Haldor Topsoe, a Danish company specializing in carbon reduction technologies, to push for the development of renewable synthetic fuels, known as e-fuels, which are carbon neutral and can allow vehicles, airplanes and ships to operate in a climate-friendly manner.