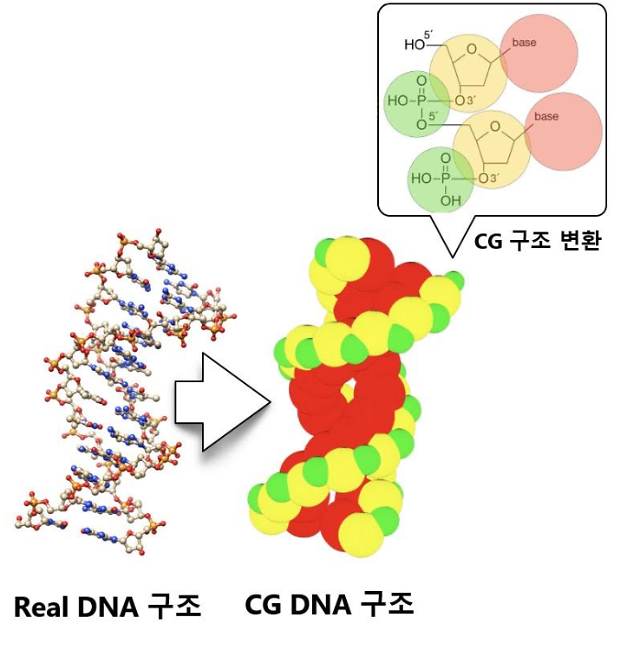 To identify the different effects of radiation use on the human body, follow-up research is usually conducted for about 40 to 50 years. However, some studies can take too long and may be difficult to encounter real-life situations depending on the case.

The Korea Atomic Energy Research Institute (KAERI) said its research team has developed a new model that estimates radiation-induced damage to biomolecular systems. By converting the complex DNA structure into a coarse-grained shape, researchers were able to calculate even the amount of radiation that affects empty spaces between atoms as the new model is grouped into larger units than the actual DNA structure which was represented by individual atoms.

Researchers found out at what point each of the different kinds of atoms constituting DNA was damaged. Even within the same DNA, the amount of radiation that begins to be damaged varies depending on the atom. Based on experiment data, researchers completed a "simulation code" that simulates the degree of DNA damage caused by radiation. The accuracy of the proposed model had only an average error of about 14.2 percent.

While conventional damage models require experimental data to increase the reliability of simulation results, the new model can be applied to animals as it can predict radiation damage without empirical data.

"The radiation damage simulation can be used in many different fields such as space and medical care in addition to nuclear power," KAERI president Park Won-seok said in a statement on August 1. The research institute said space agencies such as NASA and the European Space Agency (ESA) have also carried out various research to develop simulation technology.