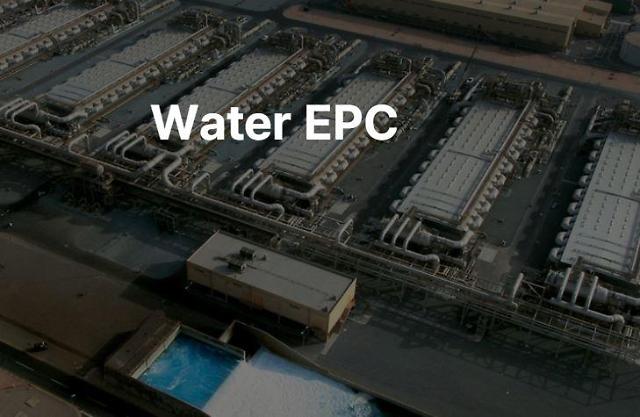 
SEOUL -- Doosan Enerbility, a key player in South Korea's power industry, has clinched an order worth 840 billion won ($641 million) to build a seawater desalination plant capable of producing 600,000 tons of water a day in Saudi Arabia.

Doosan Enerbility said it has won an order from a special purpose company established by ACWA Power, a Riyadh-based developer of power generation and desalinated water production plants, to build a reverse osmosis facility in Shoaiba south of Jeddah.

Desalination uses thermal or membrane techniques. The thermal method uses sunlight or other heat sources to evaporate water and leave salt behind. Using reverse osmosis, the membrane method pushes saltwater through a semipermeable membrane to filter salt and other impurities.

Under a deal with Shuaibah Three Water Desalination Company, Doosan Energy would complete the desalination plant in May 2025 on an engineering, procurement and construction basis. A 60-megawatt solar power plant will be built together to reduce electricity usage.

"We have solidified our position as a global leader in seawater desalination by winning another large project," Doosan Enerbility's plant EPC business head Park In-won said in a statement on August 3. The South Korean company has a track record of carrying out desalination projects with the Saudi company.