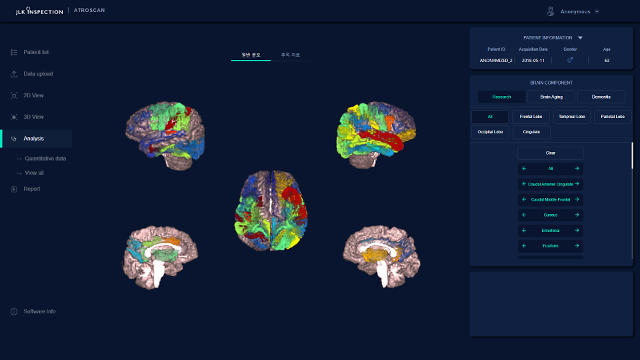 Data released by JLK showed that Thailand is the seventh biggest medical device market in the Asia-Pacific region. About 13.5 percent of the country's population is aged 65 or more in 2021. About 250,000 new stroke cases occur every year with more than 50,000 deaths.

JLK said that JAD-02K was approved by the Thai Food and Drug Administration. The AI solution divides brain magnetic resonance imaging (MRI) images into 62 different sections and provides visual information on brain atrophy and cortical thickness. The results indicate the level of brain aging progression compared to the average in the same age group.

"We will accelerate our entry into Thailand, which is Southeast Asia’s representative medical market," JLK head Kim Dong-min said in a statement on August 5. He said the solution can be used to analyze dementia, a progressive disorder that causes brain cells to degenerate and die.

JLK specializing in AI analysis solutions for brain diseases and cancer secured approval from Thailand in 2021 through its AI lung disease analysis solution called "JVIEWER-X." According to South Korea's national statistics office, Thailand has about 1,300 hospitals and more than 166,000 intensive care unit beds as of 2020. Various tax benefits are provided to authorized medical device manufacturers.