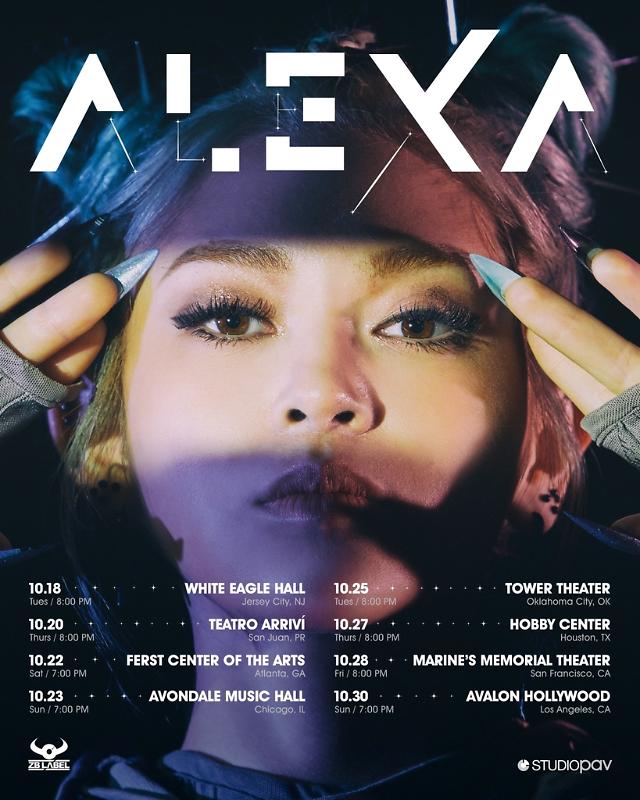 Starting in Jersey City on October 18, AleXa will meet her U.S. fans in San Juan, Atlanta, Chicago, Oklahoma, Houston, San Francisco and Los Angeles. ZB Label, the artist's agency, said the singer would interact with fans with her powerful performance with K-pop features.

The artist garnered attention for performing a dance song titled "Wonderland" in the final episode of "American Song Contest" where 56 American singers participated. She was the only one who scored more than 700 points in the final and performed at the Billboard Music Awards in Las Vegas on May 15.

AleXa was born and raised in Oklahoma to a mother of Korean descent and a father of American-Russian descent. She became popular by participating in "Produce 48," a South Korean cable TV survival music contest show in 2018. The singer made her solo debut in 2019 with "Bomb," a digital single album. She debuted in the U.S. under a contract with ICM Partners, a global talent agency based in Los Angeles, in 2020.