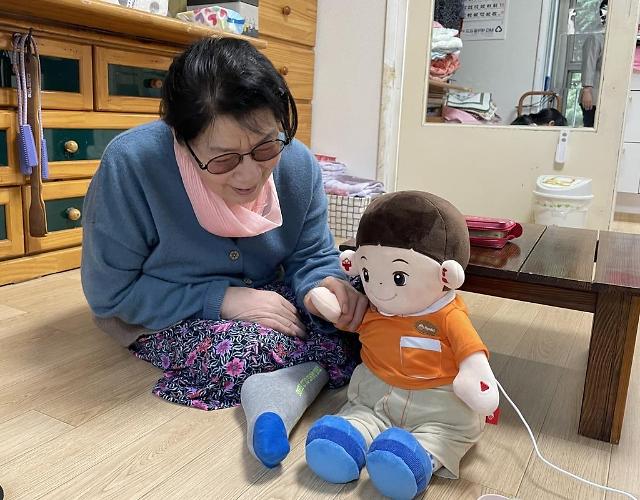 SEOUL -- A district in Seoul will distribute 100 artificial intelligence-based robots to cope with a steady rise in lonely deaths. The care robots will help people become emotionally stable by asking them how they are faring while monitoring their conditions and notifying human caregivers in case of an emergency.

In Gwanak, a southern district in Seoul, about 26.1 percent of the elderly and 27.5 percent of disabled people live alone at the end of July 2022. The district has provided companion robots called "Channy Bot" to 100 disabled people living alone since October 2021. District officials found that the adoption of Channy Bot has significantly mitigated depression.

Gwanak would hand out additional 100 Channy Bots that provide personalized notification services such as when to take medicine and when to wake. They can also inform human companions about new welfare and administrative services.

The number of lonely deaths soared from 1,669 in 2015 to 2,880 in 2020. To prevent tragic lonely deaths, South Korea has adopted various technologies such as internet of things (IoT) sensors that can detect temperature, humidity and body movements in real-time.

In June 2021, KT, the biggest telecom company in South Korea, provided AI speakers and IoT sensors to 100 single households in Gwangju some 268 kilometers (167 miles) south of Seoul. The telecom company would distribute speakers to some 500 households by the end of 2022. As of March 2020, Seoul has deployed 75,000 IoT sensors at the homes of single-household elderlies.