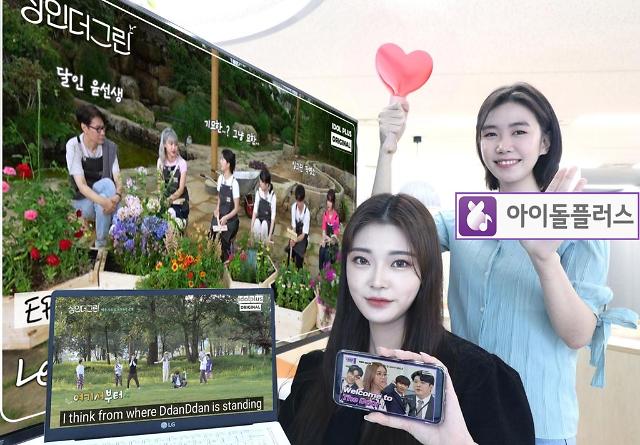 LGU+ said that five selected languages had the highest proportion of its app use during a beta service launched in November 2021. Non-Korean speakers can easily use the app by logging in through their social media accounts such as Google and Twitter. All the menus will be provided in five different languages as well as subtitles.

"We have confirmed the global demand for K-pop content over the past few years and adopted Idol Plus web services based on our experience of transmitting many different performances overseas," Choi Yoon-ho, an LGU+ official, said in a statement on August 24. He said the platform would provide opportunities for global fans to interact with artists.

When many offline performances were canceled due to COVID-19, LGU+'s technology was used for a special extended reality (XR) concert held by AOMG, a hip-hop label founded by Korean-American artist Jay Park. Because XR encompasses all digital environments created using virtual reality (VR), augmented reality (AR) and mixed reality (MR), audiences can enjoy artists' realistic performances as if they are in virtual worlds.