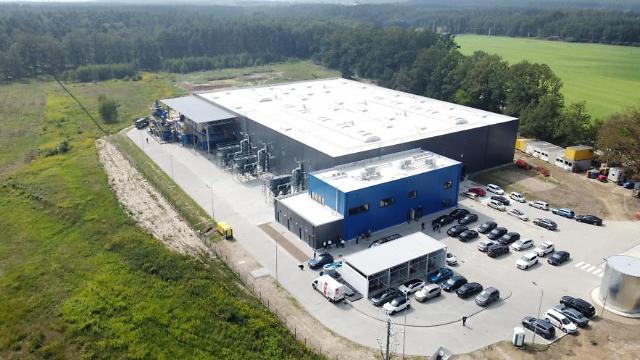 Secondary batteries, also known as rechargeable batteries including lithium-ion batteries, have become a key industry that would shape the future of renewable energy. Discarded large-capacity lithium-ion batteries can be broken down to create the black mass that has a very high sustainable value thanks to high contents of lithium, manganese, cobalt and nickel metals that can be extracted for use again in the production of new batteries.

Posco Holdings said that its plant named "Poland Legnica Sourcing Center (PLSC)" with an annual production capacity of 7,000 tons of scraps and discarded batteries has been built in Brzeg Dolny, a town some 30 kilometers northwest of Warsaw. The plant will supply its black mass to POSCO HY Clean Metal, a joint venture between POSCO and its Chinese partner Zhejiang Huayou Cobalt, to extract raw materials.

According to Emergen Research, a global market research firm, the global market for battery recycling will stand at about $24.57 billion in 2027 with an average annual growth rate of 5.3 percent. The steel group regards battery materials as its next growth engine. Group chairman Choi Jeong-woo has presented a goal to invest 25 trillion won ($10 billion) by 2030 and establish a system capable of producing 420,000 tons of cathodes and 260,000 tons of anodes.