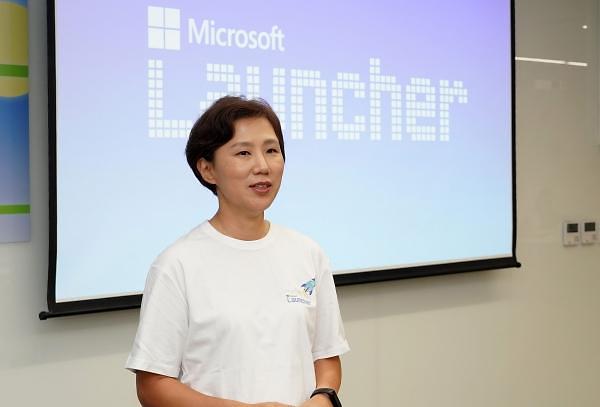 SEOUL -- To incubate South Korean startups with software-based products or services, Microsoft's Seoul office has introduced a support program that would provide various help including technical advisory from Microsoft and partners, benefits and credits worth 500 million won ($370,370), and free access to technology and tools.

Earlier this year, Microsoft released "Microsoft for Startups Founders Hub," a virtual online hub designed to help startup entrepreneurs solve challenges they would face during their journey to set up and create a sustainable operation cycle for their companies. The hub offers mentorship by business leaders and tools required for the production and development of software.

The American tech giant showcased the "Microsoft Launcher" program, a platform designed to incubate and accelerate the growth of startups, on August 29. Microsoft said that the program was specifically designed for the South Korean market and to address the common challenges faced by founders and operators of new startups.

According to data released by CB Insights, a global market research company, Asia is home to three out of the top ten countries leading in the number of unicorns created year on year. A unicorn is a company that had reached a valuation of $1 billion without being listed on the stock market. All new startups dream of becoming a unicorn.

"Asia is now the world's innovation powerhouse, and startups are at the center of it. Korea is strongly emerging as a startup hub in the region, with a fast-growing number of entrepreneurs, and twice the number of unicorns compared to just three years ago. We understand the global ambition of startups and through Microsoft Launcher, we will provide the platform to actively empower Korea's startup ecosystem with an end-to-end trusted technology stack. This will accelerate the ability of startup to innovate and scale globally," said Ahmed Mazhari, the President of Microsoft Asia.

Data released by the Ministry of SMEs and Startups showed that 23 startups that specialize in technology and communications were launched in 2021. However, the five-year survivability of startups was 29.2 percent in 2020, according to the Korea Chamber of Commerce and Industry. Startups mainly failed because they were not able to set up a sustainable ecosystem of stable operations. Many startups suffered from insufficient funds, lack of human resources, and leakage of important information.

"It's part of Microsoft's efforts to create and maintain a healthy and sustainable digital ecosystem where its partners and customers including startups can thrive together and achieve more," Microsoft said in a statement. The tech giant will offer help based on real-world feedback from thousands of business leaders across the world.

The support package will include an opportunity for startups to utilize OpenAI's GPT-3, one of the world's most advanced language-based AI models, when companies start developing new products. Some entrepreneurs will be offered 1,300,000 won worth of OpenAI credits, three free months of an OpenAI application programming interface (API) license, and free consultation from experts.

Microsoft Launcher will also help startups to recruit skillful developers through "Supercoder," a tech human resources platform for developers. Startups with less than 10 employees will be given a chance to move into co-working spaces located in Seoul and the southern port city of Busan to reduce burdens on rent.

Apart from support funds and tech development tools, Microsoft will connect startups with mentors who would provide support. The tech giant said that entrepreneurs will be given one-to-one technical advisory sessions and 24/7 tech assistance as well as training sessions through the Microsoft Learn platform.