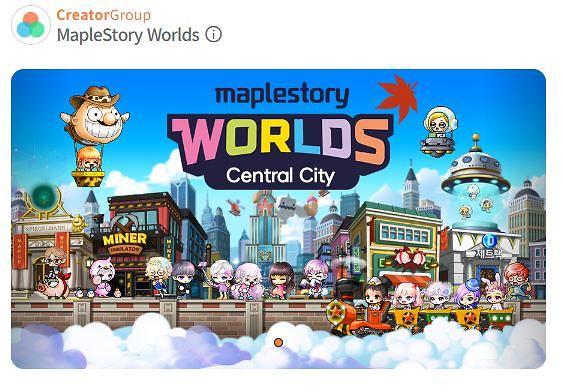 SEOUL -- In its new content creation and play platform, "MapleStory Worlds," Nexon, a South Korean game company based in Japan, promised to sequentially introduce functions that can generate profits through worlds or avatar costumes produced by creators. Service areas will be expanded globally.

"We ask for a lot of attention as it is a new attempt for users to become creators by opening our IP," Shin Min-seok, director of Nexon's new development division, said in a statement after MapleStory Worlds launched a pilot service in South Korea on Septemeber 1.

Nexon, known for popular games such as MapleStory and Dungeon & Fighter, described "MapleStory Worlds" as a platform that supports cross-play on PCs and mobile devices and allows anyone to directly create, share and enjoy their own content with others by utilizing vast resources of "MapleStory." In MapleStory, a world is a set of servers that users connect to, with each world having a different group of players and a distinct economy.

In MapleStory Worlds, Nexon said that users can communicate with friends by decorating avatars that express their own individuality, and play with others while exploring numerous worlds. Production tools allow users to implement and present their own ideas to others.