What can we learn from the Lone Star case? 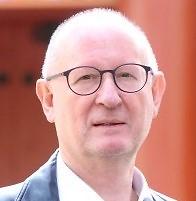 PROFILE
Michael Breen is the CEO of Insight Communications which advises companies on managing PR crises and on local and international PR issues. A former foreign correspondent, he is the author of four books on Korea, most recently The New Koreans.

SEOUL -- After a 10-year international arbitration case, the Korean government has been found guilty of unlawfully and unreasonably damaging the business of Lone Star, an American private equity fund, and ordered to pay $216 million plus interest in compensation.

There are very important lessons for us here because for a court to rule against the bureaucracy in favor of a business – even though Lone Star demanded a much bigger payment – means that the government side broke its own laws, or international laws, or at least violated some agreed-upon standards.

What exactly did the Korean government do wrong and why? Is this an old, historical issue that Korea can just apologize to Lone Star for – if financial compensation can be interpreted as an apology. Or is there something we need to learn in order for us to change something today?

For those following the story, these may seem unusual, even deliberately contrarian, questions. Most coverage of the case last week, since the World Bank’s International Centre for Settlement of Investment Disputes (ICSID) announced its verdict, was about who we can blame for losing the case, who we can politically taint-by-association with the Lone Star side, and about the government’s decision to appeal.

To address this, I would say that the blame and taint-by-association themes are moral low-blows worthy only of tabloid media and have little merit. As for the decision to appeal the ICSID verdict, this is to be applauded, as government has a duty to do its best to reduce spending of taxpayer money where possible.

But we should consider the deeper questions.

It is not easy to get to the heart of this Lone Star story. Not only is it old. But also, it is extremely complicated. Catching the underlying point is rather like trying to catch a mosquito in your bedroom. Against the white wall, you see it. Against the brown cupboards, it disappears.

Nevertheless, we must try, for failure to find it has consequences.

Here is a simplified version of the background story.

Like most foreign investors, Lone Star was welcomed when it first invested in Korea after the IMF crisis. That was because it rescued companies and saved jobs which would have otherwise disappeared – at no cost to the Korean taxpayer. Its role was not well understood because Koreans at that time were forbidden from having private equity funds and lacked experience. But, basically, it bought “distressed assets,” operating like a mechanic who buys damaged autos that no drivers want, fixes them, then sells them to drivers for a profit. In 2003, in this way it saved the troubled Korea Exchange Bank (KEB) when not even the government was willing to help, buying a 51% stake for KRW1.38 trillion (USD1.4 bn, which was a 13% premium on the market price).

By 2006, KEB was fixed and ready to be sold to a proper bank. But when Lone Star applied to the Financial Supervisory Service for official approval to sell it to HSBC, the regulator deliberately failed to respond, effectively blocking the sale. Six years later, when Lone Star was able to sell KEB (to Hana Bank in 2012), the price had dropped from US$7.4 bn in 2006 to US$6.1 bn in 2007 and then to US$1.95 bn (2.02 trillion won) in 2012.

Now, the drop in value was unfortunate but was not the government’s fault. In theory, the final price could have been higher. However, that is not the main point. The core point in the ICSID case was that the government’s failure to give approval to Lone Star or give a proper explanation for refusing permission (which would have been strange in this case) within a certain time period was a violation not just of normal practice, but of the FSS’s own regulations. Its action to deliberately block the sale of KEB was illegal under Korean law.

The FSS’ explanation to media at the time was that there was a criminal case against some Lone Star officials pending. This was true but it was a thin pretext because the case was against people, not a company, and those people could still be tried regardless of what happened to the company.

The decision-makers knew this. They knew that they were bending, if not breaking, their own regulations. That leads us to our second question. It may seem stupid, but we should ask it. Why would the government knowingly break the law?

The answer is public sentiment.

Here is that explanation.

Before it bought KEB, Lone Star figured that the KEB Card unit was not worth saving. It was useless. However, after buying KEB, FSS officials forced Lone Star to rescue the Card unit by threatening the bank’s future business. (This was probably illegal, too, but bureaucratic threats are common practice).

In restructuring the Card unit, Lone Star fired eight of the employees there. Some of these people suddenly turned into activists against “speculative foreign capital” and gave the press an interesting and new idea. Lone Star, they said, was a rapacious vampire that sucked the blood out of Korea, profiting from the misery caused by the IMF crisis. Not only would the company make billions in profit from Korea’s misery. But also, the sneaky foreigners had registered their fund in Belgium and would pay tax on their profits there and not in Korea.

These messages, backed up by catchy but legally absurd ideas such as “excessive profits” and “eat-and-run,” awoke the beast of public sentiment. Soon, the whole country was hating Lone Star with a passion.

It is at such moments in modern democracies where we rely on our institutions – perhaps not so much the media, but the ministries, the police, the prosecutors, and most definitely the courts – to act in accordance with both the letter and the spirit of the law and, if necessary, protect the hated ones among us from the mob.

Unfortunately, though, this doesn’t always happen. That is because, in practice, the view of democracy in the Republic of Korea is more democratic than it is republican. By that, I mean that the “consent of the people” aspect of democracy prevails over the “government by institutions” and the “rule of law” aspects.

When public sentiment speaks loud and clear, institutions feel they must obey. Instead of standing up against it, as is especially necessary in matters of justice, they bow before it. Individually, bureaucrats try to avoid media criticism, but at the macro level, the Blue House, National Assembly, tax office, prosecutors and so on all feel they must do something to obey public sentiment.

The law should prevent this. But legal statues in Korea are written in vague language so that they can be widely interpreted. So, government agencies can technically follow the law, but, if necessary, bend it. They do this thinking it is morally the right thing to do because obeying public sentiment is a stronger democratic duty than the duty to properly obey the law.

That is what happened to Lone Star. The institutions felt it was their duty to aggressively respond to public sentiment. Thus, for example, prosecutors called in Lone Star’s Korean employees and abused them. (I heard of one case where a prosecutor ordered an employee who didn’t agree with what he was being told to write down to stand and face the wall. This lasted for several hours). In this environment, it was impossible for prosecutors to find nothing. In the end, in a very dubious ruling, a Lone Star official was jailed for stock price manipulation.

Tax officials decided that Lone Star’s Belgian entity was a “paper company” and applied taxes. This was quite shocking not just for the international financial community, but also for foreign governments, not only Belgium.

No media voices were contrary on this. As a result, Korea’s reputation among foreign investors in general and in the investment fund community worldwide in particular sank into the mud and, in fact, took years to recover. Of course, business people never wish to be negative in public, so not much was said, but the theme of Korea as a financial hub, which the government had been promoting since the late 1990s, has been ever since treated as a joke.

To be honest, I think many in the Korean government understand this whole story and process and how things are today much better than I do. But I don’t think they see any chance of changing things. Public sentiment is still in charge.

It seems there are five more cases before the International Centre for Settlement of Investment Disputes (ICSID) brought by companies against the Korean government. I don’t know what the details are, but let’s hope by the end of them, this lesson that the law should prevail over public sentiment is learned.