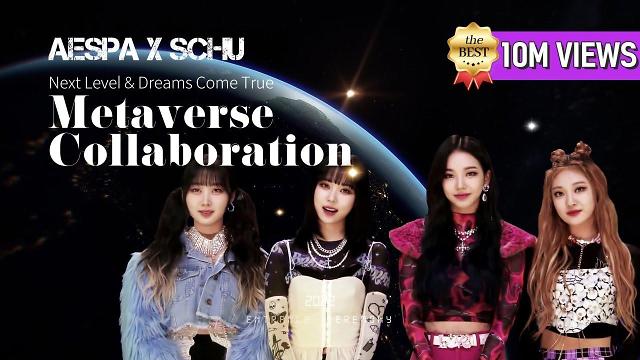 SEOUL -- A video showing a virtual entrance ceremony at a South Korean university that was held in collaboration with K-pop girl band aespa is gaining popularity on YouTube, exceeding 10 million views. Many overseas fans complimented the group's special performance in the video where various facilities including the school's gate and street were actualized in a metaverse world.

Soonchunhyang University, based in Asan some 85 kilometers (52 miles) south of Seoul, broke the boundary between offline and virtual worlds by holding a virtual ceremony amid a coronavirus pandemic in February 2022. aespa welcomed new students through their special performance.

In March 2021, the university held South Korea's first non-face-to-face entrance ceremony. Freshmen could have special experiences such as meeting with professors, colleagues and seniors using avatars. The university handed out welcome packages including VR headsets, quarantine kits and USBs in advance.

aespa is a four-member girl band launched by SM Entertainment, an entertainment powerhouse, in 2020. Each member has her own avatar. Many other K-pop celebrities were recreated in the virtual world. Nexon GT, a domestic game publisher, has allowed users to purchase in-game characters based on real-life celebrities such as IU and Seolhyun in its first-person shooter game called "Sudden Attack."