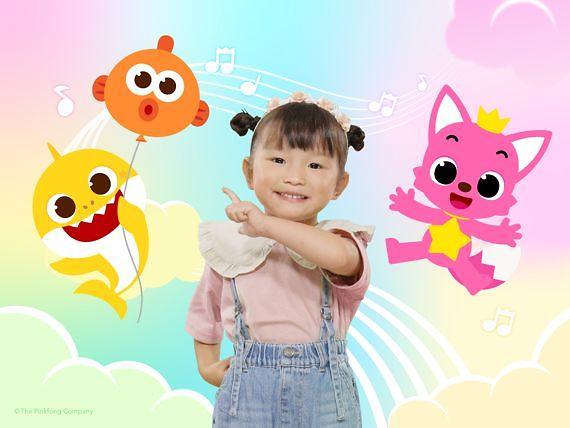 SEOUL -- South Korean educational entertainment company Pinkfong will accelerate its market invasion in Japan through collaboration with Nonoka Murakata, a four-year-old Japanese singer who gained enormous attention for her outstanding performance at a nursery contest. The music video showing Baby Shark and Murakata singing and dancing will be released in both Korean and Japanese.

Murakata finished second at the nursery contest in November 2020 at the age of 2. In May 2021, she debuted as the youngest Japanese nursery rhyme singer. Thanks to her cute and charming voice and gestures, videos showing her performances went viral in both South Korea and Japan.

Pinkfong's collaboration music video will be released in October 2022, based on footage that appeared in "Love Letter," a famous Japanese film released in 1995. "We will provide joyful experiences through collaboration between Pinkfong's Baby Shark and Murakta, who has become a national singer in Japan," Pinkfong's chief business officer Joo Hye-min was quoted as saying.

"We are preparing to host a live performance in 2023 in Japan," Joo said, adding that the company would work with different celebrities and artists. Pinkfong has also partnered with major Japanese convenience stores.

Baby Shark depicts a story about a family of great white sharks with colorful visuals and a catchy melody. The original version, uploaded in late 2015, made a phenomenal hit worldwide and has tens of versions in many languages. The "Baby Shark Dance" video uploaded in 2016 is now one of the most-watched on YouTube.