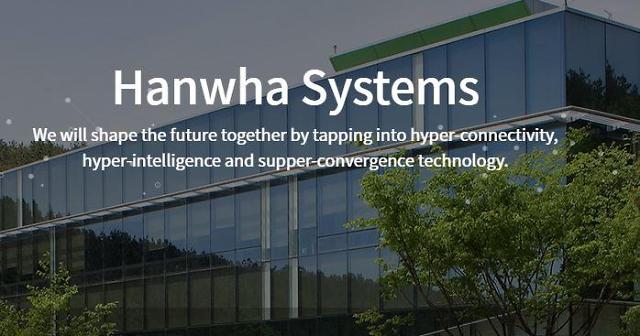 
SEOUL -- Hanwha Systems, a key defense contractor involved in the development of antennas and other crucial equipment in South Korea, has submitted a proposal to participate in the development of a new shipborne electronic warfare system with an improved ability to respond to electromagnetic waves such as anti-ship guided missiles and radars.

The Defense Acquisition Program Administration (DAPA), a state body controlled by the defense ministry, will develop the upgraded version of an electronic warfare system called "SONATA SLQ-20" that can be installed on new warships such as  KDDX-class (KDX-IV) stealthy destroyers equipped with sophisticated missile-defense systems.

Six KDDX-class (KDX-IV) stealthy destroyers will be built by 2030. The 6,000-ton "mini Aegis" will have cruise missiles, advanced sensors, a missile defense system and stealth characteristics, and multifunction radars to detect missiles, aircraft and the surface of the sea at the same time.

SONATA SLQ-200 includes a large cabinet-like enclosure with powerful arrays. It was developed based on the experience of operating American equipment and used for South Korean warships in 2002. DAPA has disclosed a project to develop a next-generation electronic warfare system.

Hanwha Systems said that the next-generation electronic warfare system would be installed on an integrated mast (I-MAST) that accommodates all major radars, sensors and antennas to maximize the survival and combat power of warships. "We hope to successfully develop (it through high-tech and system development capabilities and synergy with domestic and foreign companies," Kim Jung-ho, head of Hanwha Systems' command and control business division, said in a statement on September 22.

In 2020, Hanwha Systems was selected for a military project to provide crucial equipment such as a combat management system and multifunction radars for 6,000-ton "mini Aegis" destroyers. The company has improved its technical skills by acquiring the business and asset of Phasor Solutions, a Britain-based satellite communication antenna developer.