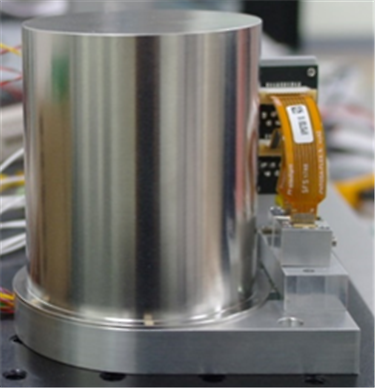 
SEOUL -- South Korea's defense technology development agency has developed an atomic spin gyroscope that can be used for navigation devices in weapon systems. The prototype is a 350cc ice cream pint cup, but researchers aim to produce a micro-sized gyroscope with a volume of 50cc or less through additional technology improvement.

A spinning wheel or disc known as gyroscope is a key element in controlled-moving systems, such as guided missiles, navigation, and altitude systems. High-performance optical gyroscopes applied to weapons systems are expensive. The Agency for Defense Development (ADD) has worked on the development of cost-effective gyroscopes that can miniaturize and reduce the power consumption of weapons-grade navigation devices.

The laser can be used to improve the performance of a navigation device through precise measurements of the rotational volume because it reliably interacts with the energy state inside the atom. The agency said it has independently carried out design, manufacturing and performance evaluation to acquire source technologies.

The atomic spin gyroscope can be used as a sensor for small platforms such as unmanned aerial vehicles in an environment where GPS is difficult to use, ADD said, adding that its technology would expand the horizon of precision atomic sensors as it can be used for atomic magnetic field sensors, atomic radio-frequency electric field sensors, and satellite-mounted atomic clocks.