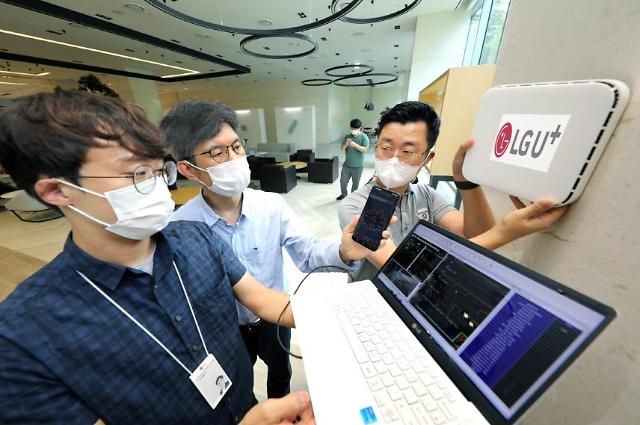 SEOUL -- LG Uplus, a mobile carrier in South Korea, has tied up with Ciena, an American telecom networking equipment and software service supplier, to implement an indoor 5G service with a small cell in-building solution, based on an open radio access network (RAN) structure that significantly reduces construction and operation costs.

The small cell base station has a narrower coverage than macro cells, but it is easy to install and effective in improving indoor quality. LG Uplus (LGU+) said It has implemented basic mobile communication functions such as Handover to provide uninterrupted services while traveling. Handover is a core element in deploying mobile transmission as it creates data sessions or connects phone calls between mobile devices which are constantly on the move.

RAN resides between a device such as a mobile phone, a computer, or any remotely controlled machine and provides connections with its core network. The Open RAN (O-RAN or ORAN) Alliance is a global carrier-led effort to drive new levels of openness in RANs by separating the hardware and software of wireless communication equipment and linking equipment made by different manufacturers.

"The small cell field trial was able to verify the completeness of equipment required for O-RAN commercialization by verifying basic mobile communication functions in the field," Lee Sang-hun, head of LGU+'s network development division, said in a statement on September 27.

LGU+ would check the possibility of commercialization by linking ORAN equipment and commercial equipment. Ciena was in charge of system integration and supplied an edge server in the form of a "one box" that can simultaneously mount core network software and an ORAN distribution and concentration device.